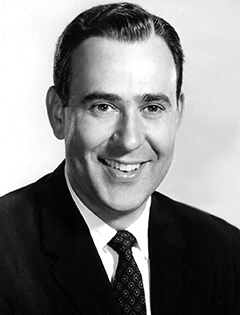 Playing the straight man for Sid Caesar’s inspired clowning, Carl Reiner was the nearly-normal nearly-everyman the audience could identify with. 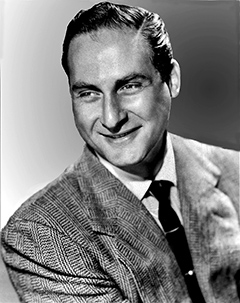 In this wonderful takeoff on Pagliacci, our poor hero Gallipacci (Sid Caesar) is left by his wife Rosa (Nanette Fabray) for the circus master Emilio (Carl Reiner).

The chorus opens with a dance where the peasants celebrate their beloved Gallipacci…to the music of ‘Santa Claus is Coming to Town.’ Gallipacci enters with a patter song based on ‘Holiday for Strings’ promising a spectacular for the evening show.

Gallipacci enters his tent and sees his beloved wife Rosa, who is less than enthusiastic about his attentions. When he leaves, she breaks into a typical coloratura aria while kissing the photo of her beloved Emilio. Wait for her high note at the end. Emilio enters with that time-honoured question of ‘Is the coast-a clear-a?’ and in a love song based on Cole Porter’s ‘Begin the Beguine’ with coloratura obbligato by Rosa, they declare their love. Meanwhile, the assistant, Vesuvio, has seen them, comments to the audience and Gallipacci, and then has his own song and dance number about what’s going to happen next. Gallipacci sees the two lovers, and hurt by their cruel comments that he overhears, goes back to do his make-up, singing his version of ‘Vesti la giuba’ to Porter’s ‘It Was Just One of Those Things.’ He was supposed to be adding a tear, but in an inspired bit of improv, it turns into something else.

And now, the show must go on …

Rosa and Emilio start the show with a crowd-gathering song to the tune of ‘Take Me Out to the Ball Game’ and they start their knife-throwing act. Gallipacci enters, takes the knives from Rosa, and threatens them. He throws a knife, only to hit the hapless Vesuvio, who dies. Quickly. 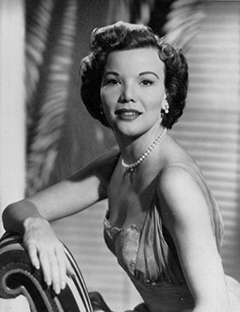 Gallipacci continues to throw knives and they all fail to hit their mark, everyone makes peace, and as they take their bows, Gallipacci takes it to the modern age and shoots the faithless pair. The opera closes with Gallipacci clutching his beloved to him and mourning her in a sad, if somewhat rousing version of ‘The Yellow Rose of Texas.’ All rise for the final chorus.

Humour like this only works if the audience understands the context. Pagliacci had long been an audience favourite, and in 1907 had been the first opera to be recorded in its entirety. In 1931, it was the first complete opera to be filmed in sound. The character of Canio (Gallipacci here) had become one of the signature roles for the superstar tenor of the age, Enrico Caruso.