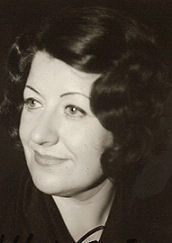 My Beethoven Moment came by way of a Wagnerian dramatic soprano.

The municipal theatre of the small town where I grew up – Bern, Switzerland – offered a rather limited operatic program. But they tried. When the Stadttheater Bern put on Beethoven’s Fidelio in the late 1970s, they decided to import a star. Ute Vinzing, one of the great dramatic sopranos of the German-speaking stages, famous for her Brünnhilde, Isolde, Elektra and Dyer’s Wife (Frau ohne Schatten), was contracted to sing Leonore, the lead role in Beethoven’s only opera. 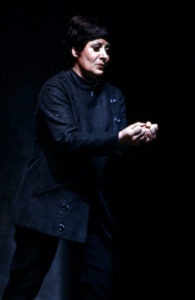 As it happened, Frau Vinzing lodged in a hotel around the corner from our home for the duration of her stay. The hotel manager, a friend of my parents, knew all about the weird opera obsession of her friends’ son. She offered to introduce me, a shy and pimply 15-year-old, to the visiting singer, and arranged for me to meet the artist for dessert after her dinner at the hotel restaurant.

Sitting alone at a formally set dining table Frau Vinzing offered me ice cream, entertained me, and told me all about the exciting world of opera. I was smitten. Her large frame, enormous lacquered hairdo and engaging personality won me over. And when she offered me a free ticket to see her Leonore, along with a signed black and white publicity photo of herself, she won my heart.

As Vinzing’s Wagnerian soprano blew through the ceiling of our tiny theatre, her voice overshadowing the especially reinforced prisoners chorus, I became completely convinced that Fidelio was the best opera ever to have been written. I couldn’t imagine anything more powerful than the second act love duet “O namenlose Freude.”

I deeply regretted that Beethoven had composed no other operas, which is why I eventually had to make do with the more regular fare at the Stadttheater Bern: Rossini, Verdi, Puccini and eventually even Wagner. My Beethoven Moment turned out to really be My Opera Moment.