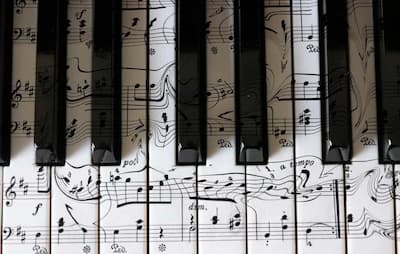 Imagine if you were listening to someone speak, perhaps reading out the news on television, or reciting a poem. The speaker’s voice sounds the same the entire time they are speaking, with no rise or fall in sound, no changes in rhythm or tempo (speed), and no indication that there are commas, full stops, or breaks for breath. Imagine how boring that would be to listen to! Writers include punctuation marks in text to help the reader or speaker understand and enjoy the text more, and to add interest and flow to the words.

In just the same way, music has its own ‘punctuation marks’ to help the performer shape and communicate the music and the listener to better understand and enjoy the piece. The performer transmits all these punctuation marks to the listener by highlighting them in their playing. Without this, the music will be boring, monotone, lacking in colour, rhythmic vitality and interest. From the very beginning of the music, in fact, even before we play a single note, composers give very clear signals about how they would like the music to sound, and throughout the music there are signs and symbols to tell us how to “punctuate” or shape the music. 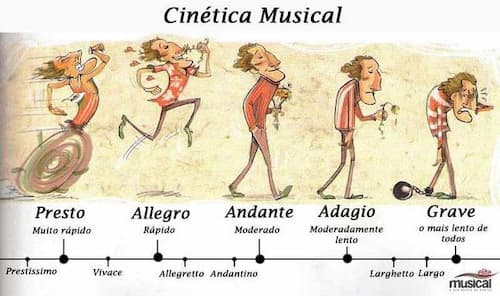 General tempo and descriptive markings – usually in Italian at the start of the score. For example, allegro (briskly), lento (slowly), cantabile (in a singing style), con fuoco (with fire). Composers may add other markings within the score to indicate specific effects – for example, ritardando (getting slower) or accelerando (speeding up). 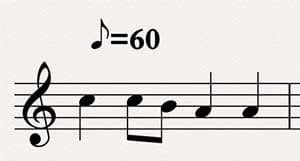 Metronome mark – this gives an indication of suggested tempo (speed). Not all music includes a metronome mark on the core: music written before Beethoven‘s time does not because the metronome had not been invented. But metronome marks should not be taken as set in stone; rather, they are for guidance.

Articulation markings – signs which ask the performer to do something particular to a note, such as staccato (detached, bouncy), legato (smoothly), accented for greater emphasis. Articulation adds interest and character to specific notes or groups of notes. 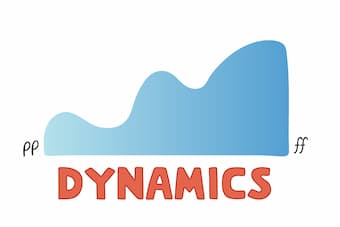 Dynamic markings – signs or words which tell us how loudly or softly to play. For example: crescendo (getting louder gradually), subito piano (suddenly quiet), sforzando (with force), fortissimo (very loud/strong). Just as we use a raised voice or a whisper for specific emphasis in speech, so in music where dynamics are employed to create drama, suggest character or mood, or for declamatory statements, for example.

Phrase marks – curved lines which indicate that a group of notes form a musical ‘idea’ or sentence.

Rests – indicate where to be silent. Rests in music create drama, suspense, expectation or delayed gratification.

In his popular Fantasy in D minor, K 397, Mozart utilises all the above-mentioned features to create music of considerable drama and intensity, with rapidly contrasting moods and characters.