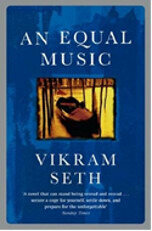 Vikram Seth, perhaps most well-known for his novel A Suitable Boy (1993), is an Indian novelist and poet who has received numerous awards including Padma Shri (the fourth highest civilian award in the Republic of India awarded by the Government), Pravasi Bharatiya Samman (award given by the President of India to honour non-resident Indians for exceptional and meritorious contribution to their field) and the WH Smith Literary Award.

An alumni of The Doon School (India) and Tonbridge School (UK), Seth graduated from Corpus Christi College, Oxford before moving to Stanford University, first to study for a graduate degree in economics then followed by one in creative writing, and subsequently to Nanjing University (China) to study classical Chinese poetry. Aside from his passion for languages – he has studied Welsh, German, French, Mandarin, Hindi and Urdu – Seth also has a fond interest in music. Perhaps his love for Schubert’s lieder inspired him to write An Equal Music.

One of my favourite books of all time, An Equal Music is essentially a love story between two gifted musicians. Michael is a violinist and a member of a successful string quartet, who has never really forgotten the pianist he met in Vienna ten years earlier and with whom he fell in love, Julia. She unexpectedly re-enters his life, and the romance rekindles, though she is now married and has a child. Understandably the plot is far from realistic, but what is very real and comes across clearly, is the musicians’ passion for, or even obsession with, their art, which is often reflected in their emotional turmoil. 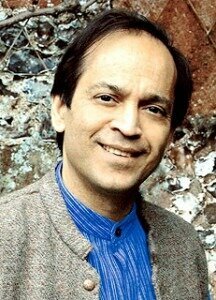 Music is not used fleetingly here – Seth is a skillful writer who has delved deeply into the everyday lives of musicians and has chosen to include both well-known and obscure pieces in his novel. Bach’s Art of Fugue features prominently, as does the Schubert Trout Quintet, though the most significant piece – the one that has a special place in Julia’s and Michael’s hearts – is the little-known Beethoven String Quintet in C minor, Op.104, which was in fact a transcription of the composer’s own piano trio (Op.1 No.3). As much as it is about the doomed romance, the book paints an apt picture of the daily life and worries of a musician, from illustrating scenes of what goes on during rehearsals and arguments over ensemble politics (who plays first violin etc) to describing painful negotiations with agents and not-always-smooth attempts at securing record deals. Seth also conveys that in reality, though musicians are passionate about their art, work for them can still feel tedious. The protagonist tells readers that ‘My first task today is a lesson of mutual drudgery with a twelve-year-old boy who would much rather be playing the guitar’, something that musicians who also teach would invariably experience at some point. Perhaps there is also a message for non-musicians: even though musicians enjoy their work, they still need to pay the bills, therefore do not expect them to work for free! As for the tiresomeness of rehearsals, this passage illustrates it perfectly: ‘Finally, after an hour and a half we arrive at the second movement. It is dark outside, and we are exhausted, as much with one another’s temperaments as with the music.’

Schubert Piano Quintet The Trout
All in all, this is a delightful book for those who enjoy classical music and has a soft spot for a touch of romance.