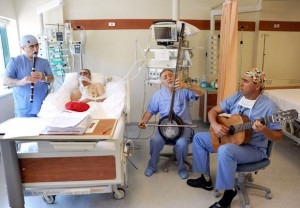 Music as a non-therapeutic form of medicine

Perhaps you have a friend or family member who suffers from a health problem, such as stroke, depression, Parkinson’s, or is recovering from surgery, and is now looking for other forms of treatment. Well, perhaps music therapy could be the answer.

Music therapy is a growing field of healthcare in which music is used by a qualified professional to help address a patient’s needs through clinical and evidence-based therapy. The aim of music therapy is to reduce the patient’s symptoms, aid healing, and improve physical movement and their overall quality of life.

While the field of music therapy is considered to be relatively young in comparison to more established forms of the therapy, there is no question that music has been used in medicine thousands of years ago.

From the ancient Greek philosophers who believed that music could heal the mind, body and soul, to the native Americans who chanted and sang healing rituals, to the WWII war veterans who used music to help treat soldiers suffering from shell shock, music has a long history in the recovery process. 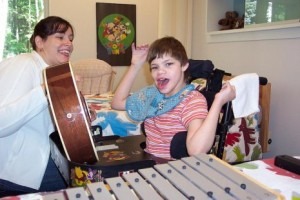 Music therapists must be qualified in order to practice. This is because musical intervention by untrained people can be ineffective or even be harmful.

In the United States, qualified music therapists must have a bachelor’s degree (which spans four years), 1200 hours of clinical training and internship experience and pass a national exam before they can be certified.

In the United Kingdom, one must be registered with the Health and Care Professions Council, which requires successfully completing an approved programme in music therapy.

Here are some examples of how music has proven to be effective:

Music shows to be helpful in helping stroke patients recover. A study on the rehabilitation of 60 stroke patients conducted by Särkämö T et. al revealed that recovery in the verbal memory and focused attention improved significantly in the group of patients that were assigned to listen daily to self-selected music than those assigned to listen daily to self-selected audio language tapes, or the control group that did not listen to either.

The group with music also showed to be less depressed and confused than the control group. These findings indicate that listening to music in the early stages of stroke recovery can improve both cognitive neurological recovery and prevent negative moods.

In a study of patients being treated for depression, 79 participants aged between 18 and 50 were randomized to receive either 20 standard care sessions with music therapy or standard care alone.

In the hour-long sessions, professionally-trained music therapists worked with the patients to learn an instrument. 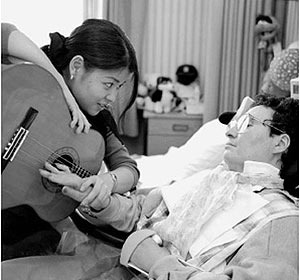 However, it should be noted when these measurements were taken again three months later, the differences between the scores were said to be no longer statistically significant, indicating that music therapy may have short-term benefits, while the long-term benefits are yet to be studied further.

Music has also been used for helping people with Parkinson’s disease to regain some of their functioning, and has also shown to improve the quality of life and overall feelings of happiness, as published in “Pyschosomatic Medicine: Journal of Biobehavioural Medicine.

It seems that the music helps stimulate the increase of Dopamine and Serotonin in the brain, which is largely reduced in Parkinson’s patients, helping them to better control their breathing and movement.

Patients recovering from open-heart surgery also showed to have lower levels of cortisol, a stress hormone, after listening to classical music. In certain cases, listening to music before an operation was more effective than anti-anxiety medications in getting patients to relax.

Music Therapy: Classical Music that can heal your souls!