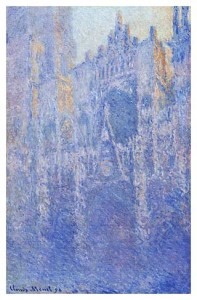 The Mixolydian mode is somewhat of a paradox! Ancient tradition used it for lamentations, while modern authors ascribed erotic and joyous qualities to it. And to make it even more confusing, Plato entirely shunned the Mixolydian mode because he claimed it promoted sloth and drunkenness! In fact, he wrote, “we must do away with this mode, for it is useless even to women, who are to make the best of themselves, let alone to men.” So what are the essential characteristics of this mode that had the power to evoke differing emotions throughout the centuries? In modern terminology, the Mixolydian mode is frequently referred to as the dominant scale. It builds on the fifth degree of the major scale, which results in a lowered 7th scale degree. And it is that flattened seventh of the scale that gives the Mixolydian it’s ambivalent yet delicious flavor.

So, let us look at some repertory that makes use of the Mixolydian flavor. The “Clavier-Übung III” is a collection of organ compositions by Johann Sebastian Bach. He probably started the collection between 1735 and 36 and eventually published it in 1739. For Bach scholars and performers, it is Bach’s most significant and extensive work for organ, containing some of his musically most complex and technically most demanding compositions for that instrument. Among the 23 compositions that make up the collection are a chorale prelude and a fugettha on the Lutheran hymn “These are the holy Ten Commandments.” Both compositions make use of the Mixolydian mode, and in the gigue-like fughetta the fugal subject is presented 10 times. Modal inflections played a significant role in the work of nationalist composers of the 19th century. And Edvard Grieg was no exception. Throughout his illustrious career as a pianist and composer, he extensively drew inspiration from the musical sources of his native Norway. Above all, his involvement with folk music had a significant effect on his harmonic imagination and fostered radical advances of his harmonic language. In the final movement of his famous piano concerto, Grieg canvases two Norwegian folk dances that are built on the Mixolydian scale. The preludes of Claude Debussy are short works that convey a particular mood or impression. For many music lovers they represent the pinnacle of Debussy’s keyboard art. Since Debussy was in the habit of assigning titles only after he had completed a work, the titles are placed at the bottom of each composition. And in “The Sunken Cathedral” (La cathédrale engloutie) Debussy combines Mixolydian mode with parallel harmonies to create massive sonorities.

A good deal of folk music, particularly Celtic influenced music of Britain, Ireland, and Brittany in France, as well as Canada, the USA and elsewhere, features the Mixolydian construction. As such, it is hardly surprising to find this deliciously sounding mode in a large number of pop songs and also in jazz. Released on 17 August 1959 by Columbia Records, Kind of Blue is a studio album by Miles Davis. Although exact figures have been disputed, Kind of Blue apparently is the best-selling jazz record of all time. Sales figures none withstanding, it has been described as the greatest jazz album of all times! In contrast to his earlier work, Kind of Blue is based entirely on modality, and the whole album was composed as a series of modal sketches. “All Blues” is a twelve-bar blues in 6/4, and the chord sequence uses a flattened 7th scale degree. This puts the composition squarely in the Mixolydian mode with some chromatic embellishments in the harmony. Mixolydian flavoring continues to spice a substantial number of current releases in the pop charts. Take for example the 2013 debut single Royals, released by Ella Marija Lani Yelich-O’Connor, better known under her stage name “Lorde.” The New Zealand singer-songwriter was named among Time’s most influential teenagers in the world, and Royals became an international crossover hit. It made Lorde the youngest solo artist to achieve a US number-one single on the Billboard Hot 100. Just below its minimalist surface, we now immediately realize that the song is predominantly written in Mixolydian mode.