Blog
Music is Performance
by Rob J Kennedy May 28th, 2021 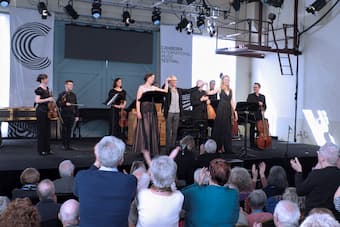 After attending live music festivals here in Australia recently, this has more than cemented my already long-held view that music is performance.

Over the two large festivals where around 10,000 music lovers paid their money and turned up to hear a wide selection of music from across the world, this made it more than clear that people need live performance. And why wouldn’t they? You can’t get the sights, the sounds and smells of the world’s most glorious music from your CD or record collection.

The Canberra International Music Festival and the Four Winds Festival run for a total of 13 days. I heard and saw dozens of groups and soloists over this time and every one of them offered something unique. I interacted with maybe one hundred people. Conversations about the performances, the music, the players, and the festival’s atmosphere added to the enjoyment and understanding of the music and the performers. Not all was positive, but I learnt so much. 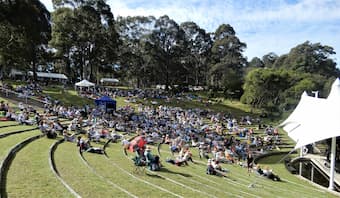 Many times, at a music festival, you don’t know what you are going to get to experience. Both festivals had extensive program details in print and online, and then there’s word of mouth. But so many events include much more than what is in the program. Sometimes, unexpected players will perform, odd things happen and there will most likely be many encores.

Festival audiences are very enthusiastic, and players cannot say no when there are hundreds of people on their feet begging for more glorious music. Plus, there is nowhere else in the world you could get to experience something like this but at a live performance.

But there’s one thing an audience member must never do at a concert, and that’s fall asleep because this could happen to you.

And always remember to turn off your mobile, or you could ruin a whole concert.

And it’s not just people who get involved in concerts. Sometimes unexpected things happen, like this dog that just wandered onto the stage.

It’s not just dogs that want to share the limelight.

In fact, at live music performances, anything can and does happen. Sometimes they are funny and add a great deal of enjoyment to the live concert experience, and sometimes they just ruin everything.

Music is performance because that’s where the real sound of music is heard, and at live performances, that is where you get to feel the music deeply. Recording studios and radio programs are necessary for players and composers to get their music heard worldwide. But from my experience, almost all recorded music, unless it is popular music, falls far short of the experience we get from a live performance.

You may get to know the music you love from a CD or the radio, or streaming, but only in live performances does that music become engrained in your soul. Live music is something that most of us remember forever. Who cannot exactly picture the sights and sounds of their first concert?

As a composer, I pay great respect to the performance aspects of live music. Players can turn my music from notes on a page into a living and breathing entity. It’s wise to let a good conductor or player interpret your music in a live performance. Playing and composing are very different things and not all composers fully understand what performed music sounds like.

I can write anything on a sheet of manuscript paper, but having that played by a seasoned performer will make it sound more human and with more emotion than I ever could have imagined. Music is performance because music means nothing unless it is performed.

Some people may not realise that what is written on a score can be quite different when played. When I say different, I mean the music is made to sound better by a performer than what is written down. With much early music, there was no indication how a player should perform the work. Many times, there are no tempo or dynamic markings; a player was just expected to know how to make it sound good.

Today, composers include many performance instructions to the scores. These things help guide a musician, but it is only in the performed work where the real sound of the music can be heard.

I’ve lost count of the number of concerts I have been to, and every one of them has increased my love and knowledge of music. In a live performance, we get to feel what it is another human being is saying without stating it in words, but in emotions; that’s why music is performance.