Artists Interviews
Music is What I Have to Do – An Interview with Ishay Shaer
by Maureen Buja January 4th, 2018 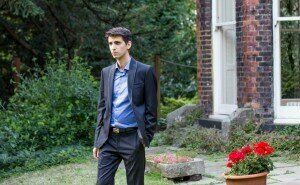 Israeli pianist Ishay Shaer discovered that he just couldn’t live without music. When he went off to university, dutifully putting music behind him to concentrate on computer studies, his days were filled with the minutiae of school: studies and papers and exams, and no time for Beethoven. It just wouldn’t work. Beethoven came back and his computer degree didn’t.

Last month, Mr. Shaer’s first commercial CD hit the shelves with unusual content: late Beethoven. Piano Sonatas Nos. 29 and 30 (Op. 101 and 109) are matched with two sets of Bagatelles (Op. 119 and 126). The addition of the Bagatelles to the piano sonatas gives us a collection that is admired, but that is rarely performed. When compared to the big works such as the Hammerklavier, the Bagatelles are little confections.

Mr. Shaer said he’s loved the music of Beethoven from the time he was small – for him, Beethoven’s late music is the most meaningful, being both philosophical and intimate at the same time. This certainly comes across in both the piano sonatas and the bagatelles.

The modern performer must do more than be a soloist and we see in Mr. Shaer’s repertoire that he does solo and concerto work as well as chamber music. Two recent works that he has personally added to the repertoire is a piano trio arrangement of Beethoven’s Piano Sonata No. 17, Op. 31/2, The Tempest. To him, the piano lines were almost too long for the instrument and so, in setting it for piano trio, he frees those lines to really be expressive. Another work he’s arranged is Schubert’s Symphony No. 8, The Unfinished, for piano quintet. Whereas he saw the Beethoven work as freeing the music, in this quintet, he saw it as freeing the players. Symphonic works require a different coherence in performing than do chamber works. The symphonic orchestra has many advantages, not the least in timbre, but it also has its limitations where players cannot be as free to react to the music as can chamber players. Making orchestral music into chamber music enables a new voicing and a new way for the audience to listen to a familiar work. 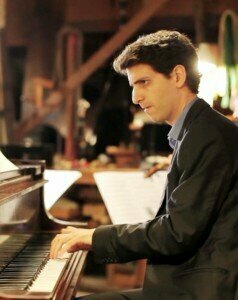 When we asked what was ahead for him, he said that he was working on the Schubert/Liszt transcriptions for a Schubertiade in Israel and will be performed in February in Den Haag at their chamber music festival where Clara Schumann’s Romances for Violin and Piano will be on the programme. Personally, he’s setting his sights on the Hammerklavier Sonata as the next great Beethoven work in his repertoire.

In his spare time, he likes travelling, nature and cooking, but music remains the centre of his life. When he doesn’t have music around him, he feels unconnected from the world.