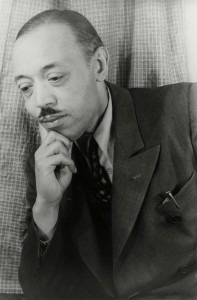 William Grant Still (1895-1978) is called ‘the dean of African-American composers’ and throughout his life, worked in all genres of music, from jazz, where he was an arranger for both W.C. Handy and Artie Shaw, to Broadway, where he played in some of the pit orchestras, to modern music, when he studied in New York with Edgard Varèse. He arrived in New York in the 1920s, just as the Harlem Renaissance was gathering steam. He devoted himself to classical music by 1929, just before his move to Hollywood, where he worked in film and radio, as well as being a band arranger for Paul Whiteman.

In keeping with all these firsts, let’s take a look at his Symphony No. 1, Afro-American, which he completed in 1930. It received its premiere in Rochester, NY, under the baton of one of Still’s greatest supporters, Howard Hanson, before progressing to the New York Philharmonic at Carnegie Hall and many other American orchestras. In the work, Still sought to show how the blues could achieve the highest musical level. 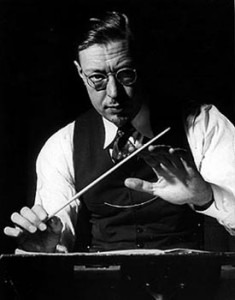 The piece opens with a 12-bar blues written by Still and given to the English horn. The second theme is a spiritual and, underneath it all, we have the basic three-chord blues harmony. You may imagine that you’re hearing some of the sounds from Gershwin’s Porgy and Bess, but that was still 4 years in the future.

Still: Symphony No. 1, Afro-American: I. Longing (Moderato assai) (Fort Smith Symphony; John Jeter, cond.)
The second movement, Sorrow, is followed by Humor, which is the Scherzo of a classical symphony. In the third movement, in another first, Still brings a new instrument into the orchestra, the banjo, used until this time as a major image of African-American music. You’ll hear a melody that sounds like Gershwin’s I Got Rhythm, but again, this work predates that song.

III. Humor (Animato)
Gershwin and Still knew each other from their common work in jazz and on Broadway and admired each other’s work.

The final movement, Aspiration, consolidates the ideas used throughout the work and, at the same time, moves it to the future.

IV. Aspiration (Lento, con risoluzione)
The work is striking and thoughtful, and a long way from the Bohemian color of Dvořák and his New World Symphony. This work goes deeper into the feelings and beliefs, as well as the humor and longings, of a complicated society that was only beginning to find its place in the world.