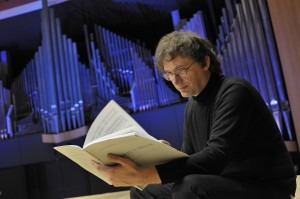 In 2016, music festivals are once again a dime a dozen. No longer confined to their traditional time slots during the summer months, listeners and performers can thankfully enjoy live music year round. Catering to all manners of taste and preferences, specialty festivals attempt to bring back a narrow soundscape long since vanished from social relevance, while others push the envelope of experimentation in hopes of further alienating an already jittery public. The overwhelming majority, however, delight in programming sentimental nostalgia. Yet there are some music festivals that are actually aware that the 21st century is already upon us.

Just take a look at the “Sommets Musicaux de Gstaad,” slated to take place during late January/early February 2016. You can listen to masterworks of the classical music repertory interpreted by Martha Argerich, Gil Shaham, Mischa Maisky and various extremely talented young performers and ensembles. In addition, the Gstaad festival also invites a regional living composer in residence. For 2016 they have called upon Thierry Escaich, one of the most important French composers of his generation. Escaich has composed in a multitude of genres and forms, and his works are anchored by an obsessive rhythmic drive and a grand sense of architecture. Strongly influenced by Ravel, Messiaen and Dutilleux, Escaich’s music also draws heavily on contemporary, folk and spiritual influences.

Thierry Escaich: Scenes de bal
For the Gstaad 2016 Festival, Escaich will write short individual compositions for each of the young soloists. In residence also means that Escaich will be present throughout the festival, rehearsing with musicians and forming personal relationships with performers and the audience. What a novel idea! A local/regional living composer communicated to a 21st century local/regional audience that classical music is still a living tradition. And if Escaich’s music is not entirely your cup of tea, you can always come back the next day and listen to a stellar interpretation of Schubert’s D. 887 by the Hagen Quartet. In my humble opinion, the programming for the Sommets Musicaux de Gstaad, with its careful blend of classical favorites and hands-on contemporary music, is spot on. At least, it is a possible blueprint for a number of music festivals struggling to present attractive and relevant programming.