Blog
What Music Does Your Favorite Fictional Character Like?
by Maureen Buja October 6th, 2015 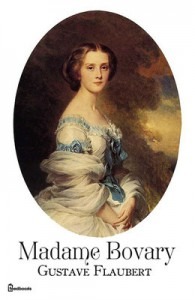 As much as pop music seems to be part of everyone’s life today, classical music also has its place, although it may be much more difficult to find. Often it’s a writer’s reflections on the place of classical music in society that can help us rethink and give it a new place.

Zuleika Dobson said it best: “I don’t know anything about music, really, but I know what I like….” Max Beerbohm’s 1911 Oxford-based novel is a satire of undergraduate life where all the students suicide for the love of Zuleika. In the end, with no one around to admire her, she decamps to Cambridge, doubtlessly to lay the students in rows once again.

Gustave Flaubert’s ill-fated Madame Bovary loves the sentimental side of romantic music, dragging her reluctant husband off to a Rouen performance of Lucia di Lammermoor. When her husband gets bored and wants to leave, she insists they stay because the music is carrying her away in its sentiment…..until, of course, her former lover, Léon, turns up and she leaves with him.

The Mad Scene from Lucia

Another opera fan is Leopold Bloom, the central figure in James Joyce’s Ulysses. He’s fond of The Commendatore’s reply to Don Giovanni’s dinner invitation, but seems to make his own motto from Zerlina’s equivocating answer to the Don’s invitation to take his hand: “Vorrei e non vorrei….” (“I would and I would not…”)

Mozart: Don Giovanni: Act I Scene 9: Duettino: La ci darem la mano (Zerlina, Don Giovanni) (Teresa Berganza, Zerlina; Ruggero Raimondi, Don Giovanni ; Paris National Opera Orchestra; Lorin Maazel, cond.)
We know Sherlock Holmes’ affinity for the violin and how he followed current musical performances in London, constantly leaving his investigations to go to concerts. But, according to his faithful chronicler, Dr. Watson, in late November 1895, Sherlock Holmes “lost himself in a monograph which he had undertaken upon the Polyphonic Motets of Lassus,” as reported in the Adventure of the Bruce-Partington Plans. Ignoring the tautology of the subject (all motets are polyphonic), it is thought by later writers that it was the integral relationship that Lassus made between the text and music that would have appealed to our detective. The monograph, unfortunately, was never written beyond its fictional mention. 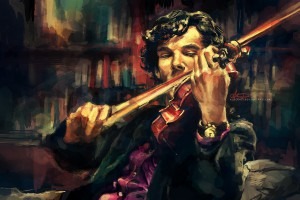 Through Remembrance of Things Past, Marcel Proust gave Charles Swann a piece of music by the composer Vinteuil that intertwined through his life. The little 7-note theme he hears at a soirée becomes the theme of his love affair with Odette de Crécy. Vinteuil is a fictional composer, with description of his music based on composers from Franck to Wagner, but Proust himself identified the theme as coming from Saint-Saëns’ first violin sonata. This isn’t to say that Proust liked the work, but he did find the theme memorable. He wrote to the French novelist Jacques de Lacretelle, “the ‘little phrase’ of the Sonata…is…the charming but mediocre phrase of a violin sonata by Saint-Saëns, a musician I do not care for.”

Saint-Saëns: Violin Sonata No. 1 in D Minor, Op. 75: I. Allegro agitato (Joshua Bell, violin; Jeremy Denk, piano)
Other books have characters who are singers, such as Natasha Rostova in Tolstoy’s War and Peace, who has a sweet voice but lacks technique, or Ann Pratchett’s novel Bel Canto, which has a central character who is a top-level soprano. Caught as a hostage in a South American embassy, she and her accompanist continue to practice and everyone, hostages and captors alike, are changed by her music making.

Classical music is a way that characters have to show their class and classiness. Look for it in a book near you!