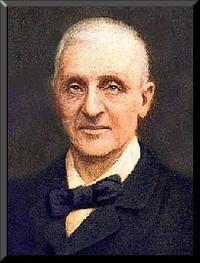 In Christian liturgy, the prayer of consecration of the bread and wine forms an important part of the Ordinary of the Mass. Theologically speaking, the substance of the bread and wine used in the sacrament of the Eucharist is changed, “not merely as by a sign or a figure, but also in reality, into the substance of the Body and the Blood of Jesus.” This mystical transformation, properly termed transubstantiation, inspired various musical settings including the astonishing 12-part Missa et ecce terrae motus (Earthquake Mass) by Antoine Brumel (1460-1520).

The “Sanctus” (Holy) is one of the oldest elements of the liturgy, already mentioned by St. Clement of Rome around the year 100. The first part of the chant “Sanctus, Sanctus, Sanctus, Dominus Deus Sabaoth. Pleni sunt caeli et terra Gloria tua. Hosanna in excelsis” (Holy, holy, holy, Lord God of hosts. Heaven and earth are full of They glory. Hosanna in the highest) is based upon passages in Isaiah 6:3 and Daniel 7:10, respectively. This first section evokes the images of God’s heavenly throne and the unceasing worship that surrounds it. In the story from Isaiah, the prophet is initiated into his charismatic calling by means of a heavenly vision.

From Antiquity through the Middle Ages, the “Sanctus” was often sung by the entire assembly. It was Charlemagne in the year 789, who ordered the singing of it by both clergy and laity. Several hundred melodies with little variation survive from that time, all probably based on an ancient melody common to all Christian Churches. Gradually the repertory expanded, possibly to provide more elaborate music for festal liturgies. Although the “Sanctus” and “Benedictus” are part of the same prayer, it was customary to wait until the Elevation of the Host before the “Benedictus” was intoned. This practice of division was only abolished in 1961, and was musically mirrored in all settings throughout the ages. 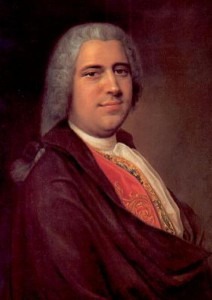 A man of humble origin, Anton Bruckner (1824-1896) retained his shy demeanor throughout his life. Son of a schoolmaster and church organist, Bruckner was educated at the monastery of St. Florian near Linz, Austria. Eventually, he found his way to Vienna, initially studying at the Vienna Conservatory and later taking appointments as the Emperor’s court organist and as professor of harmony and counterpoint at the Conservatory. Today, we consider Anton Brucker the “master-builder of cathedrals in sound”, and we recognize him as a composer having exerted a lasting and crucial influence on the works of Gustav Mahler. Bruckner’s significance as a composer, however, emerges most forcefully in his shorter choral works and masses for liturgical use, which give musical expression to his strong and traditional belief in the Roman Catholic Church.

During the ritual raising of the consecrated elements of bread and wine during the celebration of the Eucharist, when Host and Chalice are each shown to the people, all music must stop. This accounts for the theologically improper subdivision between the “Sanctus” and “Benedictus.” However, composers just loved the opportunity to create elaborate musical settings of the “Benedictus;” more about that in our next episode.