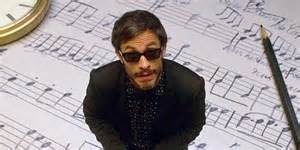 Beware—Mozart in The Jungle recently released on Amazon has sexual situations, graphic violence, adult content, and adult language. A racy shoot-em-up movie? No. It’s a ten part series about classical musicians in New York City and ostensibly what they have to do to become successful.

Inspired by the book Mozart in The Jungle: Sex, Drugs and Classical Music, by Blair Tindall, a freelance musician in New York, the series is an exposé, a confession, a revelation, i.e. everything-you-wanted-to-know-about-a-classical-musician-but-were-afraid-to-ask.

I can tell you that in order to report honestly, I watched the entire season, not without groaning of course. Having been a professional musician for most of my life, I found Mozart in The Jungle grossly exaggerated and oftentimes offensive. To be fair, some of the situations portrayed do occur, just as in any profession. On the plus side, viewers hear some good classical music, such as the aforementioned excerpt of Tchaikovsky Violin Concerto, his 1812 Overture, and excerpts from Mozart The Magic Flute, Beethoven’s Ninth Symphony, some Bach and the Sibelius Violin Concerto.

The rehearsals and performances are very poorly faked. In the old days when classical musicians were depicted in a movie, specialists were hired to coach the actors so that they would appear to be playing and seem convincing as musicians. In this series one of the main stars, Cynthia, the gorgeous second chair cellist, is barely able to place her hands in the right position, let alone move her fingers convincingly. The Maestro, the famed Rodrigo, rarely conducts on the right beat or in any sort of rhythm. (Well that does sometimes happen with conductors…) 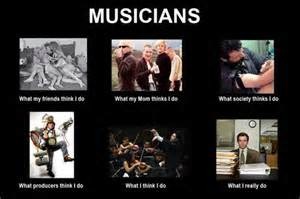 Don’t get me wrong; there are some authentic scenes. Hailey, one of the protagonists, is a Juilliard student of the oboe. At one point she is so desperate for money that she and her dancer boyfriend Alex, install themselves in the street and perform. Passersby stop to listen and throw money into a hat.

When I was a student living and studying in Vienna for a summer, I was in that position. As a cellist, it’s difficult to play in the street without dragging an appropriate chair along. And where can one dig an endpin into a sidewalk so it won’t slip? One of my friends was a wonderful violinist. We convinced him to take out his violin and set his case on the
ground, open at his feet, and to play some solo Bach. His girlfriend and I pretended to be so impressed with his playing that we threw money into the case, which started the flow of coins from other listeners. After a couple of hours he had earned enough for us to dine in a restaurant. That violinist, William Preucil, is now the concertmaster of the Cleveland Orchestra.

Hailey after a binge drinking night wakes up with a hangover only to receive a call that the New York Symphony is holding an open substitute oboe audition. This is her big chance to fulfill her dream to play with the orchestra. Rodrigo likes her playing and hires her to play fifth oboe in Mahler Symphony No. 8. Hailey practices the part over and over and over, driving her roommate and her neighbors crazy. Nonetheless, she is desperately nervous for the rehearsal. Hailey meets the principal oboe prior to the rehearsal, an older lady whom Hailey has greatly admired, Betty Cragdale. But the woman is extremely nasty and accuses Hailey of sleeping with the conductor. “I had tits once,” she says,” I just didn’t play my oboe with them.” How else could she have circumvented traditional auditions and managed to get a spot to play with the orchestra?

When the oboes are asked to play alone Hailey squawks and then drops her oboe, which clatters, to the floor. Everyone hears her swear loudly. She blows her big chance. “You’re not ready for this orchestra,” someone says to her. 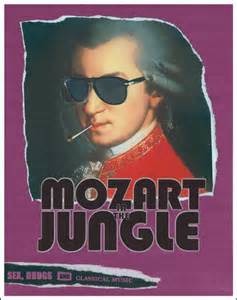 There certainly have been instances of dropping instruments, mouthpieces, mutes and bows and I know only too well how devastating the words. “You’re not ready for this orchestra” can be. After my first audition with the Minnesota Orchestra this is exactly what the personnel manager said to me. I bombed it, no question about that! “Oh yes I am!!” was my regrettable response. The personnel manager would be present if I tried out for the orchestra again. A few months later, I auditioned this time ultra-prepared. After several rounds the job was offered to me. The personnel manager loved to tell my audition story to unsuccessful candidates, “You know our associate principal cello blew her first additions here. She didn’t even get past the prelims!”

The Amazon series shows the musicians drinking heavily and taking drugs. Like other humans classical musicians do imbibe. The series drastically distorts this aspect in my opinion. During a daytime walk in the park, Hailey and Alex take swigs from a bottle, which is thinly disguised in a paper bag. A musician needs every bit of concentration, coordination and focus to perform our best. Playing under the influence at the level required at a school like Juilliard or in a professional orchestra is not possible.

The scenes with the willful manipulative board chairperson Gloria do have some elements of truth to them. The fundraising banquet segment #7 is fairly authentic. I had to laugh when the musicians were ordered to the service entrance and told that under no circumstances could they speak to the guests. They were relegated to the kitchen to eat stale sandwiches. Once when the Minnesota Orchestra performed at an exclusive hotel for a black tie benefit we too had to use the service entrance. And for our trouble we were offered box lunches in a back hallway after we played. I doubt that anyone listened to our music.

Some of the antics that are portrayed in this series are unbelievable even to a non-musician. A conductor simply could not drag the whole orchestra to the inner city to play in a no trespassing zone. After crawling one by one through an opening in a chain link fence, the New York Symphony plays Tchaikovsky’s 1812 Overture between two dilapidated buildings. Anyone could do a better job of faking than the cellist and the conductor do in this scene. The police pull up and arrest the entire orchestra—no block parties allowed on private property.

By segment #8 the series degenerates into nightmarish scenes. But I won’t be the spoiler any further.

Mozart in the Jungle attempts to depict the classical music underworld as competitive, wild, and political, with musicians who indulge in lurid sexual antics and drug use. Funny. I didn’t party, do drugs or sleep around. Yet I had a prominent career. I guess that wouldn’t get good ratings on TV.