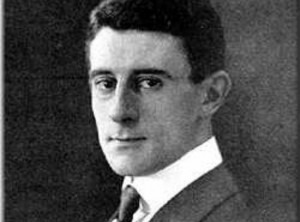 It might be natural to assume that a starting point to playing a piece of music is to play all the notes as they are written. In this article, the question why composers might write notes that cannot be played or heard in the way they are written will be explored, using ‘Le Gibet’, the second of three parts in ‘Gaspard de la Nuit’, as a specific example.

Technical difficulties, such as handling the texture and controlling the voicing, are often stressed in ‘Le Gibet’, in addition to the artistic imagery of the gloomy scene and the contrast from ‘Ondine’. However, one rather basic performance element is seldom given nearly as much attention: the need (or lack thereof) to hold the note for its value’s worth. This lack of emphasis—or perhaps resignation—is probably due largely to the nature of the composition.

It would be clear from a quick glance at the music that many notes cannot be held by finger. If one studies the pedaling, it would also be apparent that very often where long notes cannot be held by fingers for the full length, they cannot be sustained by the pedal either – unless the pedal is held down extensively, but that would not make musical sense. This situation is unlikely due to the piano design of Ravel’s era (which is very similar to our own), as it is in the case of the third movement of Beethoven’s Waldstein sonata, where the unusual pedal marking is understood to be relevant to the piano Beethoven used.

Maurice Ravel: Gaspard de la Nuit – II. Le Gibet (Arturo Benedetti Michelangeli, piano)
So did Ravel write the piece in anticipation of the (eventual?) popularisation of pedal piano, as he—along with some other composers—did assuming an expanded keyboard range? This would be controversial and somewhat unlikely (contrary to Cesar Franck), since Ravel is not known to have owned or written any music for a pedal piano, or for that matter, the organ.

But what if the notes could indeed be held? In Bach’s Well-Tempered Clavier, there are tonic pedals lasting for bars. These are rooted in organ music, where they are supposed to be heard for as long as they are held. By contrast, in ‘Le Gibet’, the long notes clearly are meant to attenuate like a bell. Moreover, since there are no indications that, given the tempo of the piece, their durations dictate how loud the specific notes should be so that they would remain audible against other voices for the entire duration, the implication is that these notes are not necessarily required to be heard at the end of their note values.

Thus, given that in ‘Le Gibet’ many notes simply cannot be held realistically by finger or by pedal against other notes or against attenuation on the piano, one might wonder why Ravel would write notes longer than they can be held or than they can be heard?

One of the plausible arguments would be that Ravel wrote some of these notes with an interpretative meaning. Obviously, such long notes are meant to be long; and therefore, assigning a shorter note value appropriate for the finger to suppress the key would not be the right message to the performer, even with a pedal marking. After all, one prominent imagery of ‘Le Gibet’ is a slow and fateful repeated tolling bell that contrasts the quick repeated notes depicting the ephemeral water waves in ‘Ondine’.

Another argument would be a technical meaning. Ravel is said to have written the third part of Gaspard de la Nuit, ‘Scarbo’, with the intention of making it the most technically challenging. The (near-)impossibility to draw out all the voices using a pair of hands—even with pedals—in ‘Le Gibet’ may be intentional to match a certain standard of difficulty in spite of its slow tempo.

Having said all this, however, if one considers a paraphrased fundamental question, ‘are the notes in music ever meant to be played exactly as they are written?’, music technology provides a not-so-surprising answer here. With music technology, notes can be held longer (or shorter) than humanly possible and as precisely as computationally feasible. It is immediately obvious that naturally sounding music is hardly ever played literally as written. But perhaps more importantly, repeated notes (such as all the enharmonic b-flat’s in ‘Le Gibet’) must also be shorter in duration than their face value (or else sound different) in order to be played and heard! Therefore, even if Ravel would protest, effectively composers cannot demand absolute precision because, if the music is played precisely as written, it would not sound anything like it is intended to be! Yet, there is no doubt it is exactly this imprecision, or interpretational freedom, that makes art art, and music music.