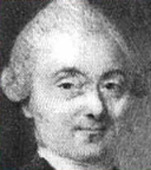 One of the most significant innovations of the Mannheim Orchestra was to standardize the orchestral instrumentation. It normally consisted of strings — first and second violins, violas, cellos, and double basses — and pairs of flutes, oboes, bassoons, French horns, trumpets and timpani, with two clarinets being added after mid-century. Essentially, this formation became the foundation for the modern orchestra. The Mannheim composers realized that the wind instruments significantly enriched the orchestral sound, something quickly noticed by Mozart as well. He wrote to his father, “Ah, if only we had clarinets too in Salzburg! You cannot imagine the glorious effect of a symphony with flutes, oboes and clarinets.” It is entirely possible that Mozart was referring to the D-major Symphony by Christian Cannabich, with the winds taking a most prominent role in the slow introduction to the first movement.

Although Mozart’s Symphony No. 31 in D major, K. 297/300a is better known as the “Paris Symphony,” composed for the Concert Spirituel — the pre-eminent concert series at that time — it clearly reflects his experiences gained in Mannheim. Premiered on 18 June 1778 the symphony not only opens with the famous “hammer blows” and the “Mannheim Rocket,” but Mozart assigns an imperative role to the wind participants in the orchestra, rendering them equal to their string counterparts. Of course, the work is also scored for a much larger orchestra then he had previously used, and it is the first time Mozart makes use of clarinets!

During his Mannheim tenure, Mozart quickly became friends with the brilliant wind soloists of the Court Orchestra, among them the celebrated flutist and fellow freemason Johann Baptist Wendling. Held in the greatest esteem by his contemporaries, Wendling received twice the salary of his fellow musicians. His performances even impressed Frederick the Great of Prussia — himself an able flutist — who handed him a golden tobacco-box to thank him for a performance in 1749. Wendling was also a talented composer and his flute concertos and flute quartets were performed in Mannheim, Berlin and Paris. 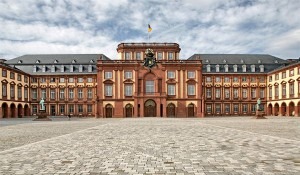 Wendling introduced Mozart to the wealthy amateur flutist Ferdinand De Jean, a surgeon in the Dutch East India Company. In his never-ending quest for financial autonomy, Mozart frequently adapted his musical compositions to suit a particular social or musical setting. In addition, his overbearing father insisted that he must entertain all commissions, no matter how trivial or lowly paid. When De Jean commission Mozart to write three easy flute concertos and two flute quartets, he hesitantly accepted. Although Mozart’s apparent dislike for the flute is at best circumstantial, his intense loathing for De Jean is well documented. It certainly did not help that in the end, De Jean was only prepared to pay half the agreed sum. Financial squabbling aside, Mozart did complete the D-major quartet on December 25, 1777 and scored the work, according to De Jean’s wishes, in the manner of a string quartet. The eminent musicologist Alfred Einstein described the “Adagio” as “the most beautiful accompanied flute solo ever written”.

During Mozart’s time, the flute was still undergoing constant changes. Neither the sound nor the intonation of the instrument was particularly well suited for the virtuoso solo repertory. Not until Mozart experienced Wendling’s performances did he come to an understanding of the flute’s possibilities and its inherent potential. Similarly, Mozart was undoubtedly impressed by the virtuoso abilities of the Mannheim oboist Friedrich Ramm. The oboe had recently undergone a number of changes. Besides narrowing the bore, several new keys had been added, chiefly among them the octave key. These improvements allowed performers to extend the range of the instrument, and most importantly, it permitted them to play the upper register with greater clarity and robust intensity. Impressed by the technical mastery and expressive artistry of the oboist, he quickly set to work on a composition highlighting Ramm’s exceptional abilities.

In our next Mozart in Mannheim episode we will take a closer look at the compositions inspired by the violinist Ignaz Fränzl, and a number of works that celebrate the wondrous sounds of the Clarinet. I hope you will be able to join me!