See, see the world is incarnate 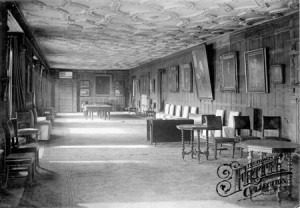 Cambridge plays host to some fascinating combinations of music and architecture. There is no shortage of unusual venues for performance: from opera in the natural history museum, choral recitals on punts, instrumental recitals in library, and even jazz in former cesspits. The combination room in St John’s College was the location, on Friday 4 November, for a short concert of the music of the late Tudor composer Orlando Gibbons, replete with singers and viols. The combination room, as the programme informs, was built between 1598-1602 and was previously known as the long gallery, for it was originally 148ft long prior to its segmentation. The wood-panelled room has much history too, being the venue for the treaty between England and France, and event that established the marriage of Charles I to Henrietta Maris. Later, in the 1940s, parts of the D-Day landings were planned in the room.


Whilst an interesting venue historically, it is hard to imagine that it was ever a concert venue. A very dry acoustic, not helped by a luxuriant rug, is not ideal for either viol consort or singers, and so we lacked the acoustic bloom that helps in Tudor consort music. It was particularly noticeable in the opening verse anthem Great King of Gods: the viols had to play with quite forceful bow strength to help preserve the long-arching musical phrases. This not only had an effect on the lightness required for Gibbons, but also created a very full texture that the tenor soloist clearly struggled against. The seven ‘chorus’ singers faired better in balance, although the lone bass could have been aided by another singer. 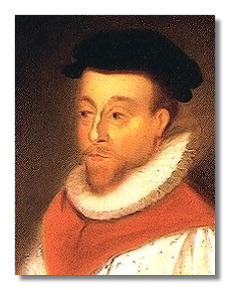 The problem of sustaining was also evident in the Fantasia à2 for two treble viols: the result was too many clipped strings and, with a tendency to overplay, some less than desirable tuning. The same could be said of the Fantasia à3 except in a more extreme case, with many of the triads not being ‘correctly’ tuned. However, the playing was sensitive to the phrase structure, and the feel and affect of the music was enticing – a good sign for a group in its infancy.


Following these two instrumental pieces was a short selection of Gibbons’s Hymn and Songs for the Church, interspersed by organ voluntaries. Whist the singing was very good, they are rather dull pieces and the organ voluntaries, in their compact form, were a little unremarkable. This, however, created the perfect juxtaposition for the next item on the programme, the Fantasia of Foure Parts, the highlight of the evening.


Gibbons was praised in his day as having “the best hand in england”; if not so brilliant as John Bull, he must have been an excellent player for his music is not only very fine but also fits fingers in a way not usually given to non-executants of quality. It’s not hard to think of the Fantasia as a showpiece for Gibbons, for it displays almost every florid figuration of [T]udor instrumental music. Whilst being learned, contrapuntal and earnest, there is opportunity for emotive playing. Freddie James on the chamber organ captured every nuance of the five-and-an-half minute piece. It was also perhaps the only work in the programme that felt entirely comfortable in the dry acoustic of the combination room.


Two verse anthems completed the programme; Glorious and Powerful God was the most successful of the combined forces of viols and voices, with the bass solo giving a commanding declaration of the opening stanzas. A little strange was the choice of two tenors to sing the ‘alto’ parts: neither had the extension of some of the specialist Haute-Contra early-music tenors (Rogers Covey-Crump for example), which meant that the texture lacked middle resonance as the voices thinned-out at the top. There was more success in the solo sections that lie a little lower in the voice. My preference, however, would have been for one countertenor and one female mezzo – a more natural bridge between the sopranos and the lower two voices sonically. See, See the Word is Incarnate was a highly competent performance, but the sheer complexity of the viol parts meant that there were moments of insecurity. Voices and viols blended perfectly and under John Challenger’s direction had real conviction. By way of encore we were treated to the famous Silver Swan: beautifully sang, if a little too quick to make the declamation tell.


I was left feeling I would have enjoyed the programme more if it were in the college’s chapel, where the music would have gained an ethereal acoustic glow in the more expansive space. However, I sincerely hope this collaboration continues wherever it takes place, as there seemed to be a real understanding and passion for the music from both instrumentalists and singers.