Artists Behind the scenes
Moonlighting as Orchestral Conductor
by Georg Predota July 9th, 2017 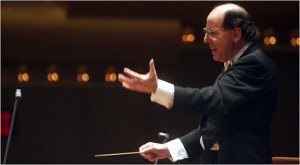 It’s relatively easy to moonlight as a burger flipper at your local fast food joint, or to deliver ready-made foods to hungry customers. But it gets somewhat more complicated when you supplement your income from regular employment by moonlighting as a performer in a professional symphony orchestra. It happens all the time in amateur orchestras and choirs, and even professional ensembles draft in part-timers if the need arises. So, how hard can it be to moonlight as an orchestral conductor? And I am not talking about waving your arms at an Oom-pah band in a beer tent at the Oktoberfest in Munich! It is not as rare as you might have thought. Only recently, Anthony Pratt—known as king of packaging and an enormous paper company in Australia—took the podium and conducted the Melbourne Symphony Orchestra in Wagner’s Ride of the Valkyries. By all accounts, the concert was a success and Pratt gave a good account of himself. 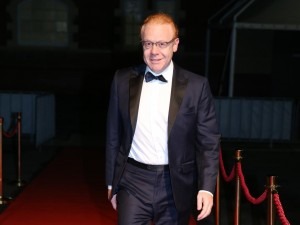 Pratt’s conducting career started in 2004, when he won a raffle to conduct the Atlanta Philharmonic Orchestra. However, he was not the first to moonlight as an orchestral conductor. There was the Korean management consultant T. W. Kang, who conducted the Korean Symphony Orchestra, and ophthalmologist Dr. Sam Wong, who for a time being was principal conductor of the Hong Kong Philharmonic. Yet the most famous and most notorious moonlighter on the orchestral podium was the American businessman and financial publisher Gilbert Kaplan. He was exclusively interested in Mahler’s Symphony No. 2, and conducted/recorded the work with the most prestigious orchestral bodies the world over. Assessments of Kaplan’s conducting and interpretive prowess varied greatly, and a critic wrote, “From the acute punch of the opening notes, every detail of this huge, complex score came through with unusual clarity and impeccable balance. Every gesture had purpose and impact, and the performance as a whole had an inexorable sweep. It seems likely that no one is better equipped to reveal the impact of precisely what Mahler put on the page.”

A musician playing in the orchestra under Kaplan’s direction in 2008 offered the following contradictory assessment. “My initial impression was that Mr. Kaplan displays an arrogance and self-delusion that is off-putting. As a conductor, he can best be described as a very poor beater of time who far too often is unable to keep the ensemble together and allows most tempo transitions to fall where they may. His direction lacks few indications of dynamic control or balance and there is absolutely no attempt to give phrases any requisite shape. Some critics have written that he brings the finest details of the work to the surface… This assertion is an insult to all professional musicians who have dedicated their entire lives and have sacrificed much towards the preservation of all the great works of history’s finest composers.” When two differing viewpoints are that far apart, there is really no hope of arriving at a consensus. Yet, the idea of some rich guy with a Mahler fixation learning the Second Symphony—and buying himself an orchestra or two—so that he can fulfill his dream of conducting the work, is of secondary importance. 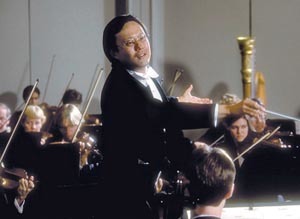 Of primary importance is the fact that Gilbert Kaplan’s enthusiasm translated into the establishment of the “Kaplan Foundation,” an organization dedicated to scholarship and the preservation of the music of Gustav Mahler. It bought and owned the autograph manuscript of Mahler’s Second Symphony, and instead of keeping it locked up in his private dungeon, Kaplan published a facsimile edition for the whole world to see. The Kaplan Foundation also produced a recording using piano rolls of Mahler as a performer, and published a Mahler Discography detailing 2,774 recordings of Mahler’s music. In addition, “The Mahler Album” is an award-winning illustrated biography containing all known photographs and a selection of drawings and sculptures of the composer. Together with Universal Edition, the Kaplan Foundation published a critical edition and an arrangement for small orchestra of Mahler’s 2nd Symphony. While conducting was certainly a boyhood dream realized by having sufficient cash, the enthusiasm to significantly contribute to our understanding of Mahler, is priceless. Let’s see if our Australian king of packaging can follow in Kaplan’s footsteps!