Artists Interviews
Mixing It All Up Together: The Music of Daryl Runswick
by Maureen Buja May 31st, 2017 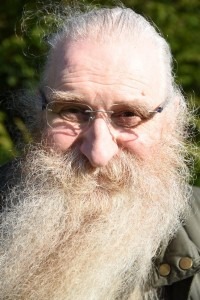 Composer and arranger Daryl Runswick has been involved in all manners of music from the mid-1960s until today. He’s been in jazz ensembles, played as a session musician, and has been a composer of film and TV music. He’s worked with Elton John and Cleo Laine, the London Sinfonietta and the King’s Singers, and was Head of Composition at Trinity College of Music in London for 10 years. All of this has made a musician of great versatility. We spoke with him recently on the occasion of his 70th birthday celebration, to be held in London on 6 June at Cadogan Hall.

When Mr. Runswick started in music, he took his classical training and mixed in everything else that was around him. He really sought to make a synthesis of all styles of music in his own music. He’s written or arranged over 80 works for the King’s Singers, taking advantage of their extremely wide vocal range to create works that bring them in close harmony and expand them out to their vocal edges.

Traditional: She Moved Through the Fair (Cambridge Singers; John Rutter, cond.)
He spoke fondly of the 13 years that he worked with the vocalist Cleo Laine and her husband, conductor and composer John Dankworth. Mr. Runswick started as their bass player, then became their pianist, while all the while composing and arranging music for them. Even with their jazz background, John Dankworth and Cleo Laine always had, in Mr. Runswick’s words, ‘a classical arrow in their quiver.’ This multiple exposure to genres lead to Mr. Runswick’s appointment as Head of Music Composition at Trinity College of Music. He took a then-moribund department and made it swing again, attracting students from all over the world. He talked about one student who entered the department determined to learn about film music composition but who was then seduced by the lure of the avant-garde.

In his own compositions, sometimes he’s had to wait for his time to come. We spoke about his 1975 work Zany, which he had originally done with the Nash Ensemble conducted by the 21-year-old Simon Rattle. This work, which calls for improvisation on the part of the performers, was actively hated by the Ensemble, which resulted in an indifferent performance. He recorded it last year with the London Sinfonietta, conducted by himself, and the musicians, looking at this 40-year-old piece with a wider experience behind him, gave him a brilliant performance. They were no longer frightened by the score’s demand that they make up the music themselves.

One of his compositions written for a television series that struck the perfect chord was the theme music for the 1985 series My Family and Other Animals, based on Gerald Durrell’s memories of his life in Corfu from 1935 to 1939. Mr. Runswick’s agent told him he had been asked to write the theme music for the series and it was only when he got to the listening session that he discovered that 16 other composers had also had the same invitation. His music for the Main Theme, which seems to capture both the child Gerald’s innocent vision of Corfu and the summer sun of the island, beat out the other composers’ music mostly featuring bouzouki, as though it were for a production of Zorba the Greek.

Daryl Runswick: My Family and Other Animals

Yet, at the same time, when you listen to his music for ‘Caterpillars & Spiders,’ you can hear Mr. Runswick’s experiments with synthesized music.

For his anniversary concert, which will have performances by the King’s Singers, the London Voices, pianist Tony Hymas, Mr. Runswick has written a new work. His Concerto for Piano and Nine Instruments will receive its world premiere, with Aleksander Szram as soloist and I Solisti di Londra as the ensemble. Mr. Runswick said it was Mozartian in that it had tunes ripe for embellishment and modern in the fact that it used melodic fragments in an aleatoric style, with piano improvisations to be played over the top.

After the June 6th concert, which Mr. Runswick said had taken up a year of his time to set up, he’s taking a well-deserved holiday…..or then there’s that opera he’s thinking about….