In the early days of the piano, however, there was more of a desire to hide the instrument or to cleverly use it for more than one task.

In this recording, from the Hamamatsu Museum of Musical Instruments, you can hear how the square piano, with its short string lengths and other acoustic limitations, has a very small sound.


In this piano (called a square piano because it doesn’t have the curved side we expect in a modern piano) dating from 1803, we can see that the keyboard is not centred on the front but is placed to the left side. This gives space for the lower-pitched strings. It has delicate legs and a beautiful finish with medallions. 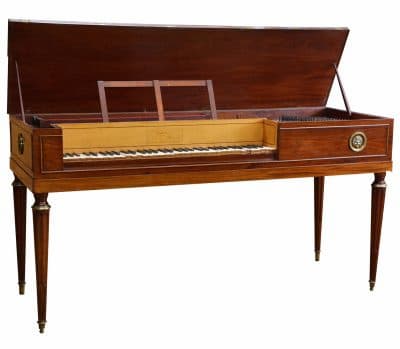 When the piano is closed, it looks like a table with a rather heavy top, perhaps accommodating a drawer. 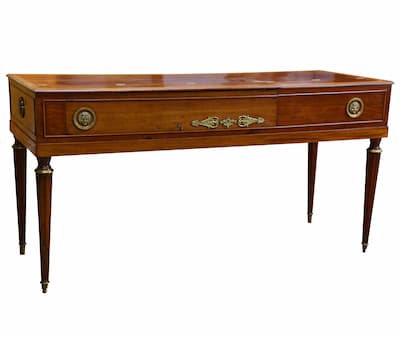 If this piano were in your parlour, it wouldn’t function as a black hole – it would be a simple table placed against the wall. In your boudoir, it would double as your dressing table.

If you didn’t want a full piano in your bedroom but still wanted something of a keyboard, there was the handy piano / sewing box combination, either with the drawer under the keyboard, as in this example from the Music Museum in Berlin from the 1840s-1860s. 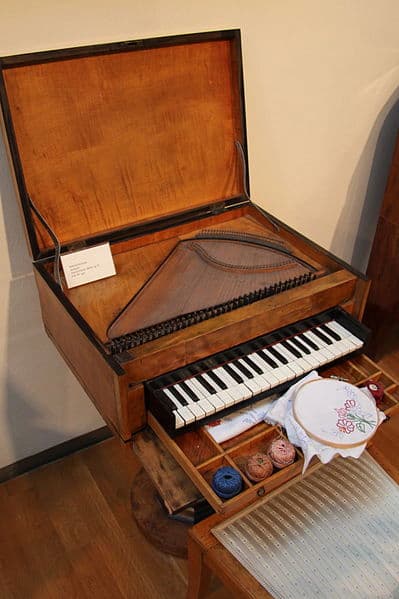 
Or with the drawer above the strings, as in this model from 1840. If you didn’t drop the front of the keys, then it would be a simple box. You’ll see that the tabletop is thicker than the Érard example above – this is to accommodate the sewing box. 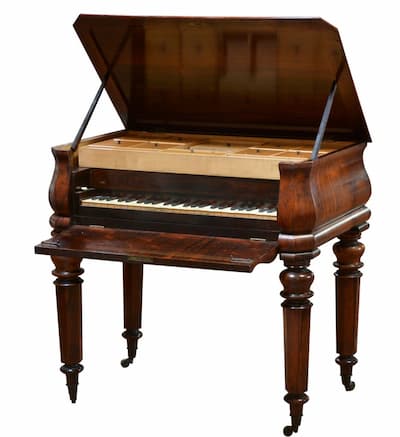 This piano, found at Vassar College, combines two sewing trays, one above the strings and one above the keys, and has a looking glass that is hinged inside the lid. It sits on a pedestal, rather than on four legs, and has a longer keyboard than the example above. 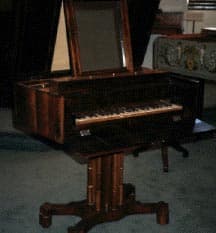 
Want a piano but can’t play one? This beautiful rosewood cabinet was probably never a piano – it’s just too small, but has been created to look like one. It’s a sewing chest, a jewellery chest, a writing box for your stationary, and holds items for the dressing table, such as scissors and buttonhooks, with a storage area underneath. The inlay is ivory, as are the feet and handles. It was made in 1835 in the UK. You’ll see that there are no strings and that the black keys are flat and level with the white keys. 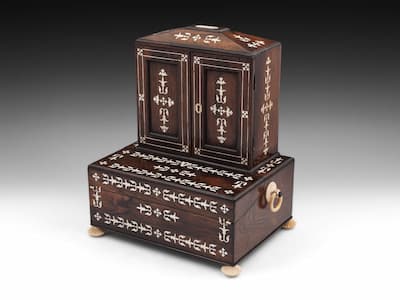 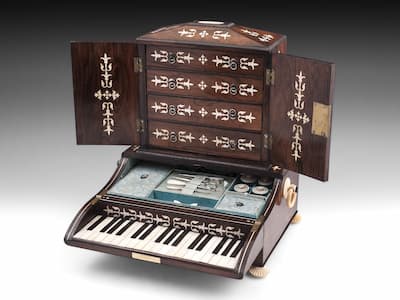 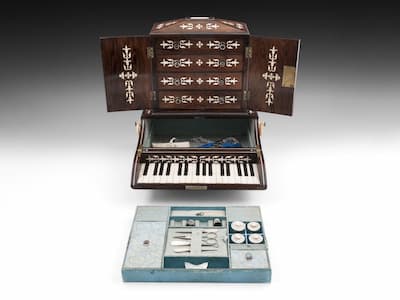 This little piano is truly a little piano (12 inches wide by 7.75 inches deep and 6.5 inches high (30 cm by 9.375 cm by 16.25 cm)) and the mother-of-pearl keyboard isn’t connected to any strings. That doesn’t mean it can’t produce music, however. Under the keyboard is a small music box. Pressing one of three keys on the piano will start the music box or switch the music box tunes (once you’ve wound it up). 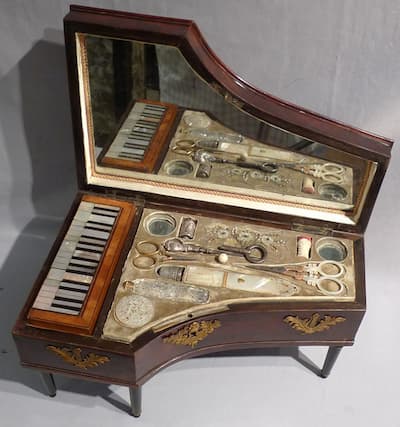 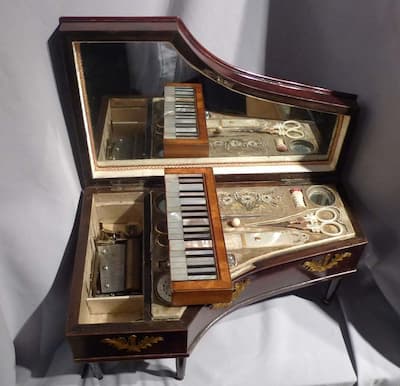 The piano in the 19th century wasn’t just the large black instrument we are so familiar with today. As the new middle class sought to bring culture into the home, or, as in Vienna, where repressive governments and dangerous invaders made going out of the home dangerous, furniture makers became creative with integrating this new music instrument in to pre-existing furniture designs.