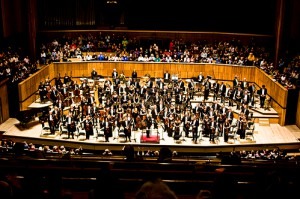 
It seems that either this country is thirsty for Western orchestras, or the venues are made of money.

As an industry insider, I know what’s really happening. Programme managers complain that these programmes compete with one other, and in the end, none of the concerts earn enough at the box office to offset costs. Audiences complain that they can’t afford the high ticket prices even though they sincerely want to attend the concerts. The orchestras and agencies complain that their proposed fees have been drastically cut by event organisers, making touring financially difficult.

So who emerges victorious? And why does this cycle repeat?

In the short term, the performance hall wins (once in a while, anyway) if it happens to make a handsome profit on some of its concerts. But most of the time, artists and agencies are the monetary winners as they pocket big fees no matter how meagre attendance is.

In the long term, however, no one wins.

The event organiser’s state of mind resembles that of a gambler who lures others into a game he doesn’t properly understand. And obviously luck is not something that halls should count on most of the time.

Curiously, after the global financial downturn, Western orchestras got the impression that they should look East because, more than other countries, China can lavish money on big-name orchestras and artists. One by one they came, and now they do so regularly. But with such a high engagement rate, big-name conductors and soloists are becoming more and more difficult to book.

Worse, there is no time to care about quality when money is to be made and venues are to be filled. Large orchestras are now more likely to perform with whichever guest conductor or soloist is available for hire.

The London Phil has returned four times the last four years and featured three different conductors – Kurt Masur, Christoph Eschenbach and Yan Pascal Tortelier – each of whom was a guest of the orchestra, not the principal conductor. The London Phil is obviously testing Chinese audiences’ music knowledge.

When considering the high fees required for engagements, orchestras have rapidly consumed this market’s limited resources, and event organisers have started to negotiate hard on fees and other profit points.

It’s a pity that our profession operates like a crass market. We talk of profit and loss more than of artistic or creative value. Even if we all pretend we’re doing something good for people’s lives, it is ultimately a rich man’s game. Sadly, ordinary people are always the last ones to have any input on the good things we can bring them.