Opinion
How to Listen to Music You Haven’t Heard
by Frances Wilson October 1st, 2017 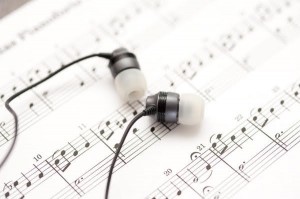 Some years ago I read a fascinating book by French psychoanalyst and University of Paris literature professor Pierre Bayard, How to Talk About Books You Haven’t Read, in which the author makes a very good case for freeing ourselves from the conventions and obligations of being “well read”. Professor Bayard explains that reading is a way of engaging with literature in various ways – books we’ve read, books we’ve skimmed through, books we’ve heard about, books we’ve forgotten, books we’ve never opened. The books we haven’t read are the most interesting for they offer new possibilities in broadening our knowledge and widening our cultural horizons. In the world today, knowledge can be accrued incredibly easily and quickly via the internet, and this accrual of knowledge becomes a compulsive need to enable us to rise in the hierarchy of perceived “intelligence” or “knowledgeability”. In fact, all those books which haven’t been read yet represent a wondrous research tool, for they are all waiting to be explored.

The same can be said of music. Today, with a huge variety of recordings, videos and live concerts and opera available to enjoy every hour of every day, we can feel under tremendous pressure to be seen to have covered all the “classics” (the big warhorses of the classical repertoire by Bach, Haydn, Mozart, Beethoven, Schubert, Brahms, Wagner, Mahler et al – not to mention 20th century and contemporary classics……) and to know them. In addition to familiarity with well-known works, we may “skim listen” to lesser-known repertoire or learn about it from friends and colleagues. There’s music we’ve heard once and forgotten, our interest rekindled by a fleeting reference on a radio broadcast for example, and then there’s the music we haven’t heard yet. I admit to some hefty gaps in my musical and listening knowledge, but for me those gaps offer something rather special and exciting.

The huge library of music waiting to be explored – via CDs, streaming services, concerts, sheet music and more – represents a wondrous journey of discovery. This journey began at a young age for me, when I first became aware of classical music through my parents’ listening tastes and concert-going. By the time I reached my teens, I had developed fairly trenchant ideas about the kind of music I liked, and wanted to play or listen to. Growing musical maturity and an irrepressible inquisitiveness have led me to discover a wealth of music, but still I have hardly scratched the surface. The great thing is that I know there is plenty more out there, just waiting to be heard and explored.

It is for this reason that I grow increasingly frustrated with concert programmes at London’s mainstream venues (where I spend a lot of time, in my role as a concert reviewer and ardent live music fan). The same diet of largely the same “classics” by Mozart, Beethoven, Schubert, Chopin, Mahler, Brahms comes round year after year. Sometimes it feels as if one is picking up the same dog-eared favourite copy of Austen or Dickens. There’s nothing wrong with the programmes, nor indeed those authors, per se, but our listening horizons would benefit greatly from the opportunity to explore more unusual or lesser-known repertoire.

When selecting concerts, either as a reviewer or simply for pleasure, I tend towards those programmes which include unusual juxtapositions or music which I haven’t heard before. I may not like all I hear but I like to remain open-minded and open-eared at every concert I go to.

As an active musician, the voyage of discovery is even more potent: so much repertoire out there just waiting to be explored! The prospect is hugely exciting.