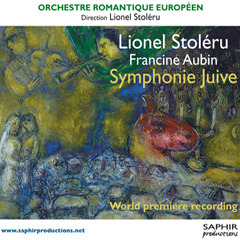 Lionel Stoléru, considered one of the leading European economists, has a passion for music since his childhood.

He studied piano and conducting while at the same time, prepared a Ph. D. in economics at Standford.

He wrote economics books and also created his own orchestra, the “Orchestre Romantique Européen”.

In order to preserve the Jewish musical religious heritage, Stoléru selected traditional sefarade and ashkenaze melodies to structure into the symphonic form, thus, creating the “Symphonie Juive” in 2009.


The third part, very lively, begins with two melodies of “Leha dodi”, one ashkenaze, and one sefarade.