Guest Posts
In Touch with Matthew Tommasini at The Intimacy of Creativity
by Cathy Hung May 8th, 2011 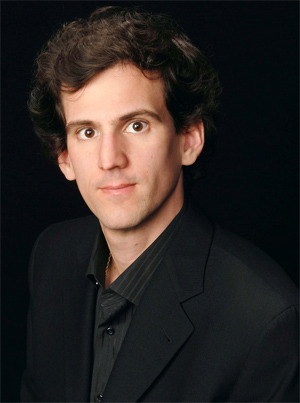 Whilst some culture critics and local artists are labelling Hong Kong as ‘cultural desert’, American composer-in-residence of the HKUST Matthew Tommasini stays optimistic about the potential of local music scene. Having spent his previous years in New York, Matthew is attracted by the cultural diversity and flexibility in Hong Kong. “It seems to accommodate music of every kind,” says the composer. In fact it was the general cultural awakening within the past ten years in Hong Kong, as well as in other Asian countries, which convinced Matthew to travel miles to pursue his career in the city- in particular, to assist in organising The Bright Sheng Partnership: The Intimacy of Creativity.


Listing ‘organising concerts’ as one of his hobbies, Matthew certainly takes joy to devote his time in The Intimacy of Creativity, both as an emerging composer and concert organiser. With the event concept from Bright Sheng, Matthew defines its goal as becoming one of the important cultural offerings in Hong Kong, which enables the public to explore the creative process of music composing. In addition, he hopes that in near future more world-class performers will be brought to meet local musicians via the programme, which in turn highlights Hong Kong as an international hub of culture.

In harmony with the theme “Arts and Science” of The Intimacy of Creativity, Matthew brings us Awaken This Feeling– a composition inspired by one of Albert Einstein’s quotes about the power of arts in awaking cosmic order. In the piece, the solo violin representing Einstein would be heard against a string trio and the piano, trying to find order amongst the complex musical materials whilst the piece would gradually turn tonal from atonality. “I hope the audience can feel the direction in my piece,” states Matthew.

As for the secret recipe of his diverse musical style, Matthew’s answer is “anything”. “I always believe that if you’re in the right place, you could be inspired by perhaps a C Major chord! You really don’t know,” he explains. Though he tends to be inspired by the particular sound of the person whom Matthew writes for. His selection of favourite musical pieces is equally interesting, “I can’t tell you which my favourite piece is but I can tell you what I am recently listening to- Monteverdi’s madrigals, some gypsy bands and John Adams.” Perhaps it’s his open-mindedness that has guided the composer all the way through- a trait he would hope to find in the audience attending the concerts.

The composer might seem versatile in selecting his musical ingredients, but there is one certain principle he firmly believes in- his unique spin. Whether he creates from his own muse or draws inspiration from others, Matthew always inserts his exclusive imprint on it. “I think contemporary music should have a purpose, while being new and special. Composers should put their own personality in their music because copying does not help art form.”

Being the first professional musician in his family, Matthew had studied film music with Jerry Goldsmith, composer for Papillon (1973) and China Town (1974) though eventually he chose to be an avant-garde of contemporary music. “I chose to attend graduate school instead. I’d say I never regretted it, but if there’s any opportunity I’d be happy to be involved.” It then comes to the question of how Matthew would suggest audience to appreciate contemporary music as a composer himself. “Generally, I’d suggest that audience come to the concert with an open mind. Because this is definitely going to be very different from listening to Tchaikovsky’s symphonies.”

The Intimacy of Creativity