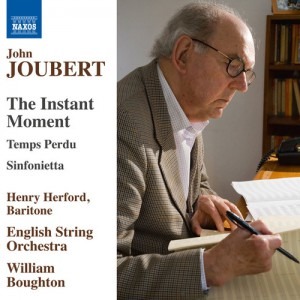 Born in Cape Town, John Joubert won a scholarship to study at the Royal Academy of Music in London, his successful career as a university lecturer and composer keeping him in England thereafter. Based on a short piece composed during the composer’s late teens and inspired by Marcel Proust’s Swann’s Way (from Remembrance of Things Past), Temps Perdu is an inventive set of variations ‘each of which sets out to explore some aspect of the memories evoked by the original’. The finely crafted Sinfonietta is notable for the imaginative writing for solo woodwinds, while the song-cycle The Instant Moment indelibly expresses widely contrasting reactions to the experience of love.