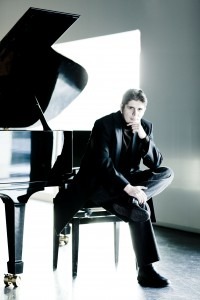 The acclaim accorded to the pianist Javier Perianes by audiences and critics alike confirms his status as one of Spain’s most exciting new artists. Hugely popular with Spanish audiences, he has a growing international reputation.

A familiar and sought-after participant at many renowned festivals within Spain, he will be Artist in Residence at the Granada Festival in 2012. He has performed in distinguished concert series throughout the world, having made notable appearances in New York’s Carnegie Hall, Concertgebouw, Amsterdam, Wigmore Hall, London, the Tchaikovsky Conservatory, Moscow, the Shanghai Conservatory, Madrid’s Auditorio Nacional, recitals at the Ravinia and Gilmore International Festivals in Chicago, Le festival de La Roque-d’Anthéron, France and the Konzerthaus, Berlin. 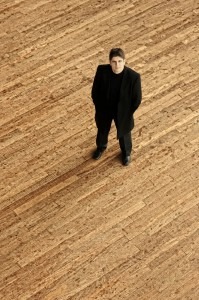 Perianes has received critical acclaim for his recordings on Harmonia Mundi of Schubert’s Impromptus and Klavierstücke, Manuel Blasco de Nebra’s keyboard sonatas and Mompou’s Música Callada. In September 2011 he released on this label a disc devoted to the music for piano by Manuel de Falla, including a live recording of Nights in the Gardens of Spain with the BBC Symphony Orchestra under Josep Pons.

Javier Perianes will be performing in Hong Kong on April 19th.