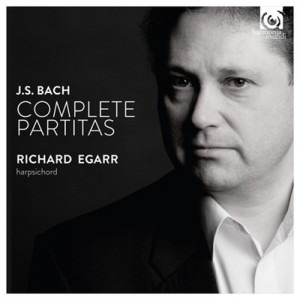 Bach’s Opus 1
Johann Sebastian Bach waited until he was over forty before publishing any of his works. Even then, he staggered publication of his Partitas over the four years from 1726 to 1729. But, to quote Richard Egarr, ‘these six offerings are immense in musical scope, and in compositional and technical virtuosity’. And his new recording of them, crowning his already extensive series of the composer’s harpsichord works, illuminates every one of their multiple facets.