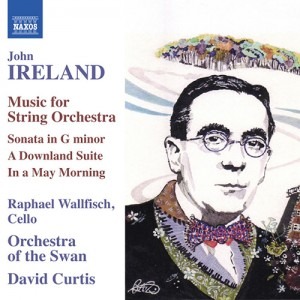 Sarnia: II. In a May Morning

Ireland: Sarnia: II. In a May Morning

John Ireland’s music is often a response to landscape and romantic sensitivities. With its significant musical clues, broad, songlike melodies and turbulent finale, the Sonata in G minor is one of his most expressive and passionate works. A Downland Suite is one of Ireland’s most attractive compositions, especially its exquisite Elegy and popular Minuet made familiar through its use in radio and television. Ireland’s evocative piano works lend themselves well to string orchestra arrangements. They include the exquisite miniature Soliloquy and In a May Morning, the second movement of Sarnia, inspired by spring on Guernsey.