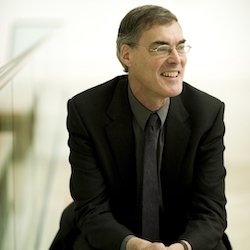 We spoke with pianist Roger Vignoles, one of today’s leading accompanists, about the dual role of the accompanist in music: invisible in the background and yet a visible and audible part of the music.

On an upcoming concert in Hong Kong, Mr. Vignoles will accompany tenor Christoph Prégardien in a concert of Beethoven, Schubert, and Schumann and we used those three composers as a point of discussion. Beethoven’s only song cycle, An die ferne Geliebte, Op. 98, shows his weakness as a vocal composer but, at the same time, his strengths as an instrumental composer. Beethoven was always a better composer of interesting rhythms than a melodic composer, particularly when on a concert program with Schubert. For Mr. Vignoles, this cycle is very much a look backward at the work of older composers such as Haydn, using imagery from the 18th century. When he can put his own physical energy into the work, such as at the end of the first number, we can hear the more familiar Beethoven.


Schubert, on the other hand, understood the role of the piano as an accompanying instrument and how it could be a substitute for the orchestra. He constantly creates imagery in the piano part to back up the singer, such as creating the spinning wheel for Gretchen in the song Gretchen am Spinnrade. The spinning wheel is only mentioned in the title of the song and doesn’t appear in the song text otherwise, but it is definitely a character created by the pianist’s right hand. In addition to being a character, the right hand is also reflecting Gretchen’s state of mind. 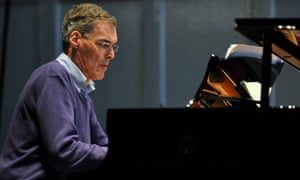 Mr. Vignoles posed the theoretical question of what would we know of Schumann as a composer if he had died before 1840? 1840 is, of course, Schumann’s Lieder Year when he wrote nearly 140 songs. To Mr. Vignoles, much of Schumann’s piano music seems to have an undercurrent of text, looking in particular to Kreisleriana as work where there’s a literary line lurking under the surface. When he took up Lied, he brought that literary side to the surface. In Dichterliebe, Schumann realized how to make the piano a supporting character, something that had eluded him in his rare early vocal works.


We asked Mr. Vignoles what he told his students about the role of the accompanist. For him, the accompanist always has to be prepared to step forward; he should never be discovered only in the background. Young pianists must understand the power of their position. As a basis, they create a framework for the singer and beyond that they have to realize that they are responsible for creating a piano art as much as a supporting a vocal art.

The accompanist needs to be able to jump and adjust as necessary and make it all sound natural and logical. He spoke about a concert he did in Japan with a leading soprano where she confused the music and made the entry on p. 3 instead of the entry on p. 2. He caught up with her immediately and then found that she was now a pitch higher than she needed to be for her next entrance – he scanned the music ahead and in an interlude, he successfully added another piece to a chromatic passage to get back to the pitch and the song finished successfully. After the concert, the singer said she knew immediately that she’d made an error and trusted him to make it all come out right, which he did. His one regret is that there was no recording made so he could hear what he’d done!

An accompanist must play really well and have an adaptable technique that will work with many different voices and styles of singing. The accompanist must understand how voices work and how the singer needs to breathe. Knowledge of the major European languages (English, French, German, Italian, and Spanish for a start) is also necessary.


We spoke about the need to pay attention not to the consonants but the vowels. He poses his students the problems of imagining that the various vowels were chords on the piano and challenges them work on the inner voices to express different sounds within the chords. For a singer, it’s important to understand the physical aspect of singing. Body language can help with expressing the vowels. It’s not about dramatic arm waving but being able to feel the physical sensation of the words. The singer should imagine how it is to live the song.

When asked about his hobbies, he said that he did watercolours. He has a strong visual sense and finds that his watercolours affect how he plays music, in bringing out the imagery of the poetry into a visual realm. He travels with his watercolours as a respite from those white walls and the black piano.