Artists Interviews
In Touch with René Jacobs – My hobby besides music, is music
by Jenny Lee October 14th, 2011 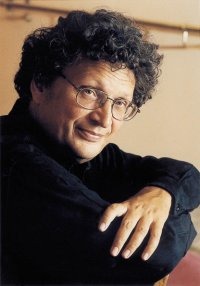 René Jacobs, the celebrated Belgian counter-tenor and conductor, does not set out to be different, but there is always a breeze of freshness in his music. Having been a boy chorister, Jacobs decided to read classical philology at the University of Ghent. It was until the persuasion of the Kuijken brothers, Gustav Leonhardt and Alfred Deller that Jacobs devoted himself to singing. And he turned out to be one of the best of our time. Recently, he is noted as a singer’s conductor, particularly good at handling recitative. During his 35 years of collaboration with Harmonia Mundi, Jacobs has recorded around 300 CDs on the known and unknown, Baroque and Classical repertoires. His latest project, Handel: Agrippina, which has been released on the 11th of October 2011, will surely create a sensation in the music world. Agippina, which is the second opera that Handel wrote during his first stay in Italy, narrates the story of Agippina, the wife of Emperor Claudius, intriguing to have her son ascended to the Roman throne. In this new release, Agippina is sung by Alexandrina Pendatchanska and Poppea is acted by Anna Prohaska, with René Jacobs conducting the Akademie für Alte Musik Berlin.

J: Who were your inspirations?

R: My musical father was a conductor of a boy choir- Noël van Wambeke. He was a priest, but he died much too soon in a car accident. He brought me to the German Lied and to Dietrich Fischer-Dieskau. What I admired in Fischer-Dieskau was that he could deliver the words in a very expressive way. Because he sang it so well, I fell in love with the poetry itself. I think a musician has to be a poet. Then, there was Alfred Deller. I heard his voice when I was 17 year old. I recognized the same register that he used in my voice. I went to see him and had some lessons with him in France. Those two singers were of the greatest influence on me.

J: You are much admired by your recordings on Bach’s music. How did you fall in love with Bach?

R: As a young choir boy, I fell in love with Bach because every year there was a performance of the St Matthew’s Passion in a big cathedral. In those years, it was a very romantic performance. It was the tradition of Mengelberg. That was my first contact with Bach, especially with this great work. I really thought that I would be happy if later I could do that.

J: You are known as the singer’s conductor. What skills are required when conducting a production with singers involved?

R: I think the first thing that a conductor should be aware of is to breathe like a singer. Because singers are always involved with the text before the music, the conductor has to be in love with poetry. But that is rarely the case. When I prepare an opera, for instance, before really study the score, I study the libretto at home. That can take several days. When the time of the rehearsal has come, I also work with singers on recitative. For me, the poetry without the notes of the composer is still music.

J: Apart from performing and conducting, you also devote time to teach at the Schola Cantorum Basiliensis. In your opinion, what are the characteristics of Baroque singing and how would you convey it to your student?

R: There is no such thing as a Baroque singer, nor a Mozart singer, nor a Wagner singer. But of course, nobody can sing everything. Singers should specialize on the repertoire that presents the best of his voice. I coach them on the different style. For example, the Baroque voice has to be a flexible voice, being able to sing coloratura; the placement of the voice has to be so forward that the text can be easily understood. The best singing teachers in the Baroque are the castrati. They treated the voice as a pyramid; the top of the voice is light and the bass of the voice is large, the chest voice. A good singer can make crescendo and decrescendo, swell tone, on every note.

J: What inspired you to record Handel’s Agrippina?

R: The choice of Agrippina is based on the quality of the libretto. It was the only libretto specially written for the opera. It is about politics, power and sex, very modern. As a German, being in Italy for two years, he could compose on the text as well as any Italian. Because his audience was Italian, he did not have to cut any recitative. This is the only Handel opera with the complete libretto. Many operas he wrote in London, he cut so many recitatives because he knew that the British audience would be bored by it. I like recitatives, so this is the opera which I would like to record. I did two productions of it already, one of them was directed by Vincent Boussard.

J: What is your dream project?

R: I have many things. One dream is to record Bach’s St Matthew Passion. The dream is becoming true because we will record it next year, for Harmonia Mundi.

J: Apart from music, do you have any other hobby?

R: My only hobby besides music, is music. I am also a food lover. I try to eat not too much, but refined.