I have been spending a lot of time in London lately, so I have regretfully been unable to attend all the exciting and exceptional events of the Hong Kong Arts Festival. Nevertheless, during the few days I was in Hong Kong, I managed to get tickets for a small number of concerts. Among these were the Philharmonia Orchestra and Valery Gergiev with the Mariinsky Orchestra. 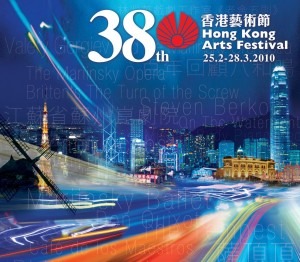 Berlin-born Maestro Christoph Von Dohnányi was unfortunately indisposed and was replaced by Italian conductor Fabio Luisi. Together with the Philharmonia Orchestra, one of the UK’s top orchestras, he delivered a beautiful programme for two Festival concerts.

The one I attended featured Beethoven’s Overture from The Creatures of Prometheus, followed by the Sinfonia Concertante in E-flat for Violin and Viola by Mozart, finally closing with the Symphony No. 9 ‘The Great’ by Schubert after the interval.

Beethoven’s Overture was pompous, unrevealing and delivered with much fanfare. In my personal opinion, it is definitely not his best work. Maestro Luisi is a physically engaging and very energetic conductor, exhibiting strong body language. The orchestra was probably just warming up since I noticed a slight tempo difference—maybe 1/16th—between the musicians.

The Sinfonia Concertante was a pure delight, like most Mozart pieces. Austrian violinist Benjamin Schmid and Ukrainian violist Maxim Rysanov both performed marvellously, with Schmid elucidating the intellectual side of the piece while Rysanov wove a sentimental journey. This combination made for a very unique interpretation of the Sinfonia.

Schubert composed his Symphony No.9 ‘The Great’ when he was 28, and it is often considered his finest piece of orchestral work and one of his most innovative pieces. However, the work is seldom performed as it is considered too long (almost one hour) and difficult for public performance. Ten years after Schubert’s death, Schumann discovered the manuscript at the home of Schubert’s brother. He took it back to Leipzig and the entire work was performed for the first time by Felix Mendelssohn in 1839. The Symphony was hailed by Schumann for its “heavenly length.”

Long it was indeed, but what an interesting, complex and sumptuous piece! The Philharmonia played beautifully, and it would have been a wonderful performance had it not been for the brass, a bit strong from time to time, overshadowing the strings. At the Finale, the last note stopped too abruptly, cutting short the long-awaited climax like a soufflé that deflates right before it is served.


Praised as one of the world’s finest conductors, Valery Gergiev is the media darling of classical music. So many articles have been written about him that before attending his concert, one almost has the feeling of knowing him intimately. More importantly, some of my musician friends who have worked with him have described their encounters in ecstatic and adulatory tones, revealing him to be an artist of genuine greatness.

With the Mariinsky Orchestra, he scheduled two concerts for the Festival. I opted for the ‘easy’ one, a programme consisting of Wagner and Tchaikovsky (the ‘difficult’ one being Prokofiev and Shostakovich).

The concert opened with Wagner’s Prelude to Lohengrin. I was completely hypnotised, not by the music but by Valery Gergiev, this being the first time I have ever seen him live in concert. He has mesmerising hands that have a life of their own, like wings: sometimes strong, at times soft, always flowing, flying and flirting with the music.

Tchaikovsky’s Romeo and Juliet Fantasia Overture is a famous and popular piece. It has accompanied love scenes in countless movies, during moments when eyes meet, hands touch and lips lock. Just listening to the score gives you goose bumps. With Gergiev, there’s a gripping intensity that transports you along. The music is stretched in such a way that all the drama and despair is exposed until the very last note, along with which your heart will inevitably sink.

Part two of the concert was the complete Act III of Die Walküre from Wagner’s Ring Cycle.

And it was quite disappointing. The focus was on the singers, with the orchestra relegated to a mere accompanying role. The eight Valkyries had powerful voices and performed diligently, but Olga Savova as Brünnhilde sang almost the same way throughout the whole of Act III. She has a beautiful voice, but I could not detect any passion or feeling in her address to Wotan. I hazard a guess that Alexei Tanovitsky, as Wotan, might have had a tough time adjusting to jetlag or Hong Kong’s pollution, which might explain why his Wotan was coughing and grasping for air towards the end.

I would not say it was a wonderful concert, but Romeo and Juliet with Gergiev definitely made the entire evening worthwhile.

Wagner: The Ride of the Valkyries