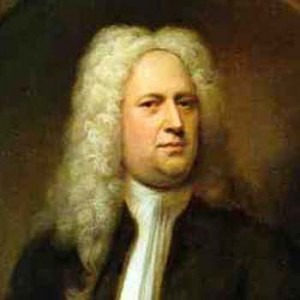 Throughout the 17th century, all forms of staged musical theater were strictly forbidden during Lenten season. To substitute for this lack of operatic entertainment, this period of fasting and prayer that prepares believers for the celebration of Easter did see the proliferation of morality plays. These plays combined sacred dialogues and narrative meditations with music that included choral declamations, instrumental dances and monodic singing. Not intended for stage performance, these plays were frequently presented in the oratory, a chapel or devotional space set-aside by ecclesiastical authorities for praying, singing devotional songs or listening to sermons. Taking the name of this special performance venue, these types of works, operating strictly as concert pieces, began to be called oratorios by the middle of the 17th century. As the emerging genre gained in popularity and expanded in scope, it moved away from its habitual church setting and was more frequently performed in secular venues.

Of course, the majority of oratorio subjects remained religious, yet these large-scale dramatic works featuring a choir, soloists and an orchestra were given as entertainment that would “appeal to the increasing sensitivity regarding morality.” For George Friedrich Handel (1685-1759), who decisively shaped the evolution of this genre, the oratorio became one of the defining musical endeavors of his compositional craft, which also provided him with a valuable source of income. I am sure by now you are wondering why I am giving you all this background on the oratorio when everybody knows that Semele, composed in June and July 1743, is actually an opera! Or maybe it isn’t? Handel certainly managed to thoroughly confuse contemporary audiences. The premiere of Semele took place at Covent Garden on 10 February 1744, during the Lenten oratorio season, and a newspaper announcement revealed that it would be performed “after the manner of an oratorio.” This rather ambivalent statement suggests an operatic performance masquerading as an oratorio, that is opera performed without staging, costume or set designs. 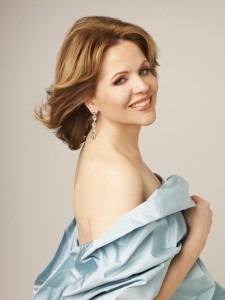 But it is not at as simple as that. For one, Handel based his Semele on a libretto originating with William Congreve in 1706, who had written the text for a projected opera by John Eccles. Hardly spiritual, the libretto abounds with exceedingly amorous and decidedly sexual references. Based on an episode from Ovid’s Metamorphoses, Semele rejects a dynastic marriage to indulge her sensual love for the god Jupiter, who promptly builds her a customized pleasure palace. Juno, Jupiter’s jealous wife eventually engineers Semele’s destruction by tricking her husband to make love to her not in mortal guise, but as a divine god. For Victorian audiences used to identify Handel as the master of pious sentiment and the creator of morally uplifting sacred oratorios, Semele was simply an aberration. Quite rightfully, Winton Dean suggests, “the public found Semele’s tone too close to that of the discredited Italian opera and set it down as an oratorio manqué; where they expected wholesome Lenten bread, they received a glittering stone dug from the ruins of Greek mythology.” In addition, the libretto — despite significant modifications by Handel — is written in English, resulting in a number of spectacular operatic arias in the exclusive language of the oratorio. Furthermore, Semele makes ample use of the chorus, one of the hallmarks of Handelian oratorio, where it plays in integral part of serving as a means to reflect the human morals of the drama. In Italian opera of its time, the chorus simply does not exist. And let’s not forget about Jupiter, who is played by a tenor. Such casting would have been inconceivable in Italian opera, where a castrato would have sung a similar role. It becomes obvious that Semele presents a rather curious mixture of operatic and oratorio elements, not strictly adhering to one form or another. Frequently referred to as a secular oratorio, in modern-day performances, this rather confusing hybrid is usually cast as an English opera. And that might well have been Handel’s intention as well. During the 1730’s Italian opera in England was dying a slow and painful death, paradoxically brought on by Handel’s unwitting success of establishing the conventions of the oratorio.

With Semele, Handel was most likely looking for an alternate profitable and feasible musical venture, originally suggested to him by the playwright and impresario Aaron Hill, “that you would resolute enough to deliver us from our Italian bondage; and demonstrate that English is soft enough for Opera, when compos’d by poets who know how to distinguish the sweetness of our tongue from the strength of it.” In that sense, Handel’s Semele picks up where Eccles Semele was supposed to go. Eccles opera, as we remember, was never staged because Handel introduced his hugely popular Italian opera to England in the first place. In the end, Handel’s attempt of re(establishing) English opera went nowhere, but it left us with a plethora of great music. And I am sure you will agree that the two selections from Semele on tonight’s programme not only confirm Handel’s musical and dramatic genius, but also work equally well in the theater and in the concert hall.

And in Guangzhou on May 17th 2013
GOH Official website

Oh sleep, why dost thou leave me (Händel)- Renée Fleming