The legendary pianist, composer, and pedagogue Leopold Godowsky was a world traveler. He considered “travel not only a way of lifting the creative intellect, but also a philosophical, spiritual enterprise, a way of advancing one’s journey of self-discovery.” Drawing inspiration from his exotic encounters, “it occurred to me,” he writes, “that a musical portrayal of some of the interesting things I had been privileged to see, a tonal description of the impressions and emotions they had awakened, would interest those who are attracted by adventure and picturesqueness and inspired by their poetic reactions.” After Godowsky returned from a 2-month tour of South America in 1922, he quickly sailed for the Far East. Departing Vancouver on 13 October 1922, he left for Yokohama and described his impressions of Japan, “The people here love music and are making great progress in the appreciation and understanding of good music; in a short time this country will be a Mecca for artists. Japanese are quick to grasp and understand. By February 1823, Godowsky had reached China and writes, “Guangzhou is the most unusual place I have ever seen in the Orient…Beijing is the most interesting city in China, a city of marvels… Hong Kong the most beautiful.” But it was the island of Java that fascinated him the most. 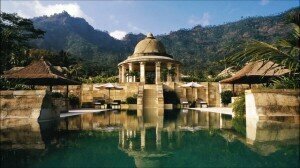 Godowsky stayed in Java for the better part of 4 weeks and gave at least twenty recitals. Despite his heavy performing schedule he eagerly explored local culture, music, and people. And he visited various places and landmarks that would become the basis for the Java Suite. Initially, Godowsky intended to compose “finishing selections for piano recital programs that consist of themes and tunes of different races and parts of the world. My plan is,” he writes, “to make picturesque, characteristic and fanciful works based on folk tunes and dances of exotic countries: Java, Japan, China, India, Turkey and perhaps one Jewish and one Negro piece.” However, the scenic beauty and rich cultural atmosphere of Java soon focused his creative efforts and “the thought gradually matured in me to recreate my roaming experiences in a cycle of musical travelogues—tonal journeys—which I have named collectively “Phonoramas,” beginning with a series of twelve descriptive scenes in Java.” 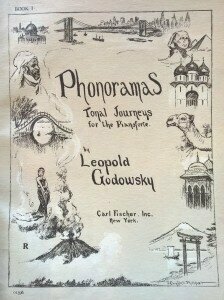 Godowsky published his Java Suite in 1925, and in the preface he describes his inspirations. “The Island of Java, called ‘The Garden of the East,’ with a population of close to forty million, is the most densely inhabited island in the world. It has a tropical, luxuriant vegetation; marvelous scenery and picturesque inhabitants; huge volcanoes, active and extinct; majestic ruins and imposing monuments of many centuries past…It was, however, the native music of the Javanese, in the heart of Java, at Djokja and Solo that made the most profound impression on me.” Eight of the twelve pieces are associated with a specific city, place, monument or landmark (Sacred lake of Wendit, Boro Buudur, the Bromo Volcano, gardens of Buitenzorg, streets in Old Batavia, in the Kraton, the ruined water castle at Djokja and the city of Solo). The remaining four pieces (Gamelan, Wayng Purwa, Hari Bessar and Three Dances) relate more generally to his musical and cultural impressions during his journey. 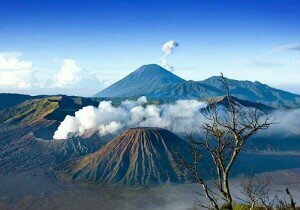 A substantial number of composers in the early 20th century were influenced by the sound of gamelan music, but it was Godowsky who actually experienced it first hand. “The sonority of the Gamelan is so weird, spectral, fantastic and bewitching, the native music so elusive, vague, shimmering and singular, that on listening to this new world of sound I lost my sense of reality, imagining myself in a realm of enchantment.” Godowsky aimed to express his impressions “in the native music-idiom as I understood it, I have neither borrowed nor imitated actual Javanese tunes, designs or harmonies in any of the movement excepting the third, where I use two fragments of authentic Javanese melodies.” By fusing Javanese elements with Western compositional procedures Godowsky created a unique and highly personal tonal journey.