Artists Interviews
The Festival of the Noise that Thinks
An Interview with Ingmar Lazar
by Maureen Buja February 22nd, 2018 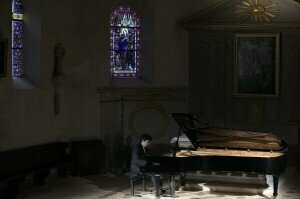 Starting in 2016, the ‘Festival du Bruit qui Pense’, founded by pianist Ingmar Lazar, started on its unique journey. Mr. Lazar’s vision rested on the communication between the arts. Over the three days of his upcoming festival (March 23-24-25), there will not only be concerts of chamber music and a piano recital, but also an afternoon of reading of texts from the ‘Cercle Cendrars.’

Blaise Cendrars (1887-1961) was a driving force behind the modernist movement in Europe. His poetry, along with that of Victor Hugo, and the letters and writings of Satie and Debussy, will be the focus of the afternoon of readings, performed by actors with musical accompaniment. 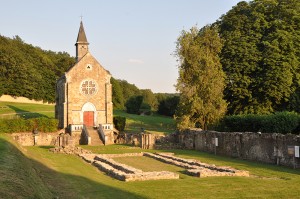 Also part of the concert is actor Peter Vizard. He will introduce the concert, and then, after the concert, interview the artists and moderate a question and answer session for the audience. This is Mr. Lazar’s way of removing the barrier between the audience and the performers and has been much appreciated by his audience.

The second event is the session of readings mentioned above and the second concert is an evening of cello and piano sonatas. The final concert is a solo recital by Mr. Lazar of ‘Œuvres visionnaires du répertoire pianistique’ and he has put together an evening of almost 19th century in its imagination: Beethoven’s Piano Sonata Op. 111 is a 2-movement work of high drama.

Beethoven: Piano Sonata No. 32 in C Minor, Op. 111: I. Maestoso – Allegro con brio ed appassionato (Glenn Gould, piano)
This is to be followed by Ravel’s Miroirs, a work written in 1905 with each movement dedicated to one of the artists known as “Les Apaches.’ The fourth movement, ‘Alborado del gracioso,’ was dedicated to the music writer and critic Michel-Dimitri Calvocoressi. Its vision of Spain couldn’t be a greater contrast to the work by Beethoven.

The final work on the programme will be Liszt’s Mephisto Waltz. The construction of the program is Mr. Lazar’s way of harking back to the old style potpourri programmes of the 19th century, where an enormous range of music would be played, sometimes only a movement or two, but which could reflect the enormous changes in the repertoire between the classical and the modern composers.

When asked why he held the festival in March, when most festivals are held in the summer, he said, very pragmatically, that March was the most practical time – in the summer, everyone was away.

The “Festival du Bruit qui Pense” (Festival of the Noise that Thinks) takes its title from the writings of Victor Hugo. The noise that thinks is, of course, music.