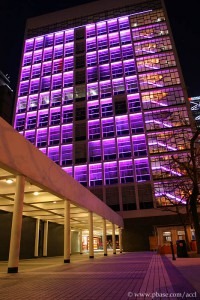 The 3rd Hong Kong International Piano Competition, held over roughly 2 weeks in the fall of 2011, has come and gone. Organised by the Chopin Society of Hong Kong and financially supported by various business interests and taxpayer money, this event once again succeeded in assembling a highly distinguished panel of jurors, not merely world-class performers, but simultaneously exceptional musicians, first-class teachers and educators. For the first time, the Hong Kong Philharmonic graciously agreed to participate and Howard Blake — of flying snowman fame — was expressly commissioned to provide a competition piece. Yet at the end of the day, the only thing that distinguished this event from countless such gatherings of aspiring keyboard acrobats — which have invaded musical stages worldwide with the ferocity of pedal fungus — is the fact that it was held in Hong Kong. Unfortunately, somebody forgot to tell the organizers. 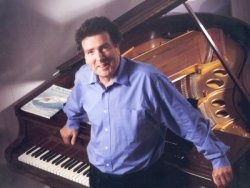 The Chopin Society proudly proclaims that Classical music “is neither an elitist nor a minority interest”. How then can they publish a 87-page booklet profiling participants and detailing the competition proceedings exclusively in the English language? Surely, they must be aware that English is — and always was — a foreign language in this part of the world? How much more “elitist” and “minority” can it actually get when a self-proclaimed international event consciously addresses a single percent of the Hong Kong population? It certainly does nothing for filling up the performing venue either, as City Hall — even for Gala performances by members of the Jury — was consistently half empty. I am not suggesting that this represents a deliberate attempt by the Chopin Society to keep Chinese listeners at bay, but it certainly highlights a level of amateurish snobbery that permeates much of the proceedings. Most embarrassing really, are the little speeches given by the chairman of the Chopin Society, Dr. Andrew Freris before each concert. He is certainly well meaning — and one can easily overlook the constant reminders about the financial contribution of his business buddies — but to regale members of the jury, who have devoted their professional and private lives to carry on and reinterpret the enormous legacy and tradition of Classical music with musical anecdotes and platitudes worthy of celebrity gossip magazines, is surely missing the point. Since these little speeches serve no discernable educational purpose, one might rightfully question as to what purpose they actually serve?

Speaking of education, much of the supposedly critical apparatus was supplied by the Singaporean family physician and part-time music critic Dr. Chang Tou Liang. Famous for lecturing a couple of school boys on proper concert attire and behavior, and having previously served as the artistic director of the Singapore International Piano Festival, Dr. Chang provided assorted “Wikipedia Light” articles for the competition booklet. I am not advocating hard-hitting musicological discourse here, but wouldn’t it be nice to have some sense of how the music performed during the competition fits within the altered demographics and evolving social attitudes of the 21st Century? And even more importantly, how this music fits within a local cultural context? The same elements were conspicuously absent in the commissioned work by Howard Blake as well. His “Speech after Long Silence” is certainly a pleasing and technically challenging Nocturne, infused with colourful tints from Chopin, Debussy and Scriabin. Yet it reflected a monotone stylistic and cultural retrospective that quietly wished away many of the innovations — both musically and intellectually — that have shaped who we are in 2011. Instead of celebrating the stylistic diversities at a composer’s disposal nowadays, the composition advocated — with a great sense of nostalgia — a kind of musical Disneyland. This was clearly an opportunity missed. And I am sorry to say, there was nothing in this composition, nor in any other music played throughout the entire event that attempted to mediate the exciting musical and cultural crossroads offered by Hong Kong. If we like it or not, Classical music is changing and this simple fact seemingly provides a good deal of discomfort to the organizers of this event.

To me, the Hong Kong International Piano Competition sadly operates in some kind of frozen parallel universe. Besides an exceptional panel of jurors who probably come to town because they like coming to Hong Kong anyway, there is nothing prestigious or distinctive about this event whatsoever. Without providing a professionally competent historical, scholarly, critical and cultural frame, the 4th Hong Kong International Piano Competition, scheduled for 2014, will continue to linger not only in provincial obscurity, but suffer from the same self-imposed delusional ignorance as its predecessors. And for a city that somewhat conceitedly calls itself “Asia’s World City”, that would be a real shame.