In Tune Society
Fazioli: The Ferrari among Pianos
by Georg Predota May 21st, 2014 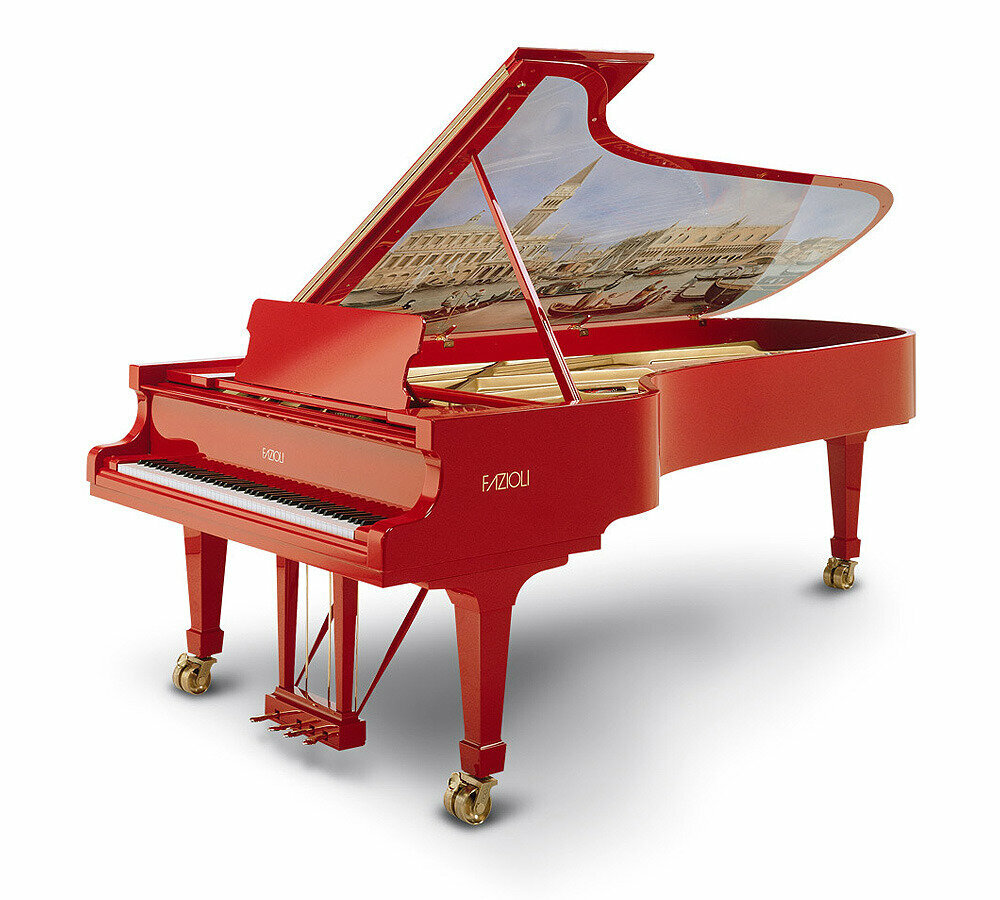 When I was doing some research on piano makers, I came across a rather interesting statistic. In the first half of the 20th century, 300 piano makers plied their trade in Europe. By December 2013, only 9 makers remain. Like many other things in our modern world, the piano trade is currently dominated by China. Of roughly 500,000 pianos made worldwide in 2012, more than 400,000 were manufactured in China, with Pearl River — the world’s biggest piano-makers — contributing roughly 100,000 budget instruments. Paolo Fazioli, born into a family of furniture makers in Rome in 1944, is guided by a slightly different aesthetic. His single factory, located in the sleepy little town of Sacile approximately 60 kilometers northeast of Venice, produces a mere 110 high-quality pianos a year. But before you rush out to buy a Fazioli instrument, you might want to consider that the top of the range — the F308 Concert Grand — will set you back at least 150,000 Dollars.

The Fazioli family had long been in business manufacturing office furniture. Paolo, however, had always been interested in music. His big dream was to design and build pianos. Concordant with his studies in mechanical engineering, he also graduated with degrees in piano performance and composition. Armed with the latest knowledge in acoustics and woodworking techniques, Paolo started to define the characteristic of his own instruments. By 1980, supported by a small number of high-profile experts, Paolo produced his first prototype, and by 1981 the Fazioli Pianoforti factory officially opened its doors. Their philosophy has remained true to this day: “1) To produce grand and concert grand pianos exclusively, aiming for the highest quality with no concern for large production. 2) Not to imitate existing pianos, but rather to create an original sound. 3) To individually handcraft each piano using traditional methods and the latest technological advances.” In all, it takes around 1,000 hours of labor to complete a single instrument. 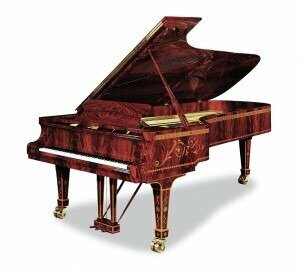 Fazioli is convinced that each piano has a unique sound that reveals the national character of its place of birth. “Steinways, true to their Teutonic roots, are powerful instruments yet suffer from a lack of sound balance. Japanese pianos such as Yamahas are technically tight, but lack a defining character. The Fazioli sound, much like Italian opera, is remarkable for its brightness and clarity.” And it is the warmth and richness of its harmonics, which make it a sunny, Mediterranean instrument. At the same time, its resonance never interferes with its clarity. “My pianos,” explains Paolo, “don’t just represent technology, but a certain way of living.” And it seems that Aldo Ciccolini, Alfred Brendel, Martha Argerich, Vladimir Aschkenazy, Lazar Berman, and Angela Hewitt, among others, wholeheartedly agree with Mr. Fazioli. 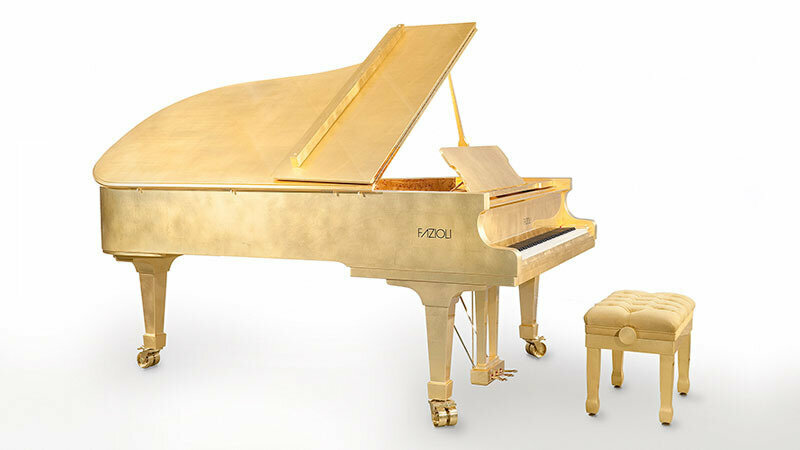 We all know that pianos are not merely highly versatile instruments. They are also seriously expensive objects of prestige. Take for example the two pianos especially crafted for the Sultan of Brunei, featuring flower decorations in mother of pearl and semi-precious stones. Or you might be thinking of the “Gold Leaf” Fazioli, the entire surface — including the wooden legs of the piano bench — covered in 24-carat gold plating. For me, the most visually stunning instrument went to a client in China. Fazioli gave the “Marco Polo” a red high gloss varnish, and a hand-painted reproduction of a Canaletto painting, which celebrates the ancient connection between Venice and China. Like any good Ferrari, let’s hope these instruments are occasionally taken for a good test drive!