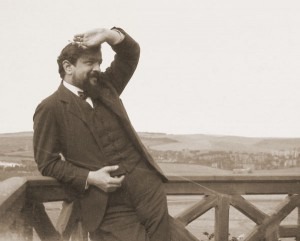 After writing two sets of Images for piano, it seems that a third set was called for, but this time Debussy orchestrated it, and in doing so, broadened the timbre of his palate. The first Image, Gigues, originally had the title of Gigues tristes and we still hear that slightly melancholic tone in it. What we don’t expect to hear however, starting around 1:30, is the Scottish snap rhythms of the Northumbrian folk song ‘The Keel Row.’ Debussy interweaves the melody amongst his sad and pastel colours, almost in a taunting way.

Traditional: The Keel Row (Moira Anderson, soprano; Peter Knight, conductor)
And then listen to Debussy again – having familiarized yourself with the original song, you’ll hear Debussy’s movement a bit differently.

The second movement, Ibéria, takes us to Spain a country that Debussy loved. The movement immediately summons us to the Spain with the use of castanets and the melodies in the woodwinds. Even the Spanish composer Manual de Falla heard this music as the embodiment of Spain and, more than that, Spanish music itself. The movement is divided into three sections, all with distinctive characters: Par les rues et par les chemins, Le parfums de la nuit, and Le matin d’un jour de fête.

We seem to wander up and down the streets and roads of Spain, wandering in and out of focused sound.

Debussy: Images: No. 2. Iberia: a. Par les rues et par les chemins (Orchestre national de France; Daniele Gatti, cond.)
In the next part, we change tempo to a slow, dreamy time, as the perfumes of the night, in the sound of the oboe, flow around us. The celeste adds a bit of ethereal accent to the woodwind sounds. This is very much ‘nights in the gardens of Spain’ Debussy style. 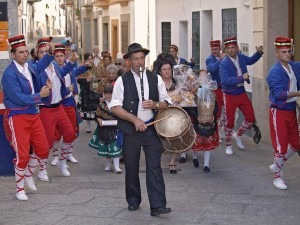 He wakes us out of our reverie with a complete change of feeling: it’s the morning of a festival! We start in a march rhythm and all of sudden, it’s all action everywhere. Spanish rhythms predominate, helped by castanets.

c. Le matin d’un jour de fête
The last movement returns us to France in springtime. To reinforce this, he added some lines into the score: Vive le Mai, bienvenu soit le Mai / Avec son gonfalon sauvage (Long live May, welcome to May / With its wild banner) to emphasize what kind of Spring he was writing about. Two traditional French songs are interwoven into the music the most important of which is ‘Nous n’irons plus aux bois’ (We shall no more go to the woods), which he also use in La belle au bois dormant and in Jardin sous la pluie.

Debussy: Images: No. 3. Rondes de printemps
We’re in France but not as much as we had been in Spain. He never seems to escape the intense Spanish feelings he’d established in the long second movement. Although the critics were cool to the work, fellow musicians such as de Falla and Ravel supported it and it remains a wonderfully warm and surprising tour of Europe.