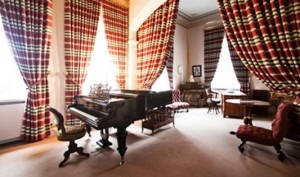 Liszt’s music salon at his home in Weimar

An attitude still prevails today that classical musicians, and perhaps mostly especially pianists, exist in some kind of gilded cage or ivory tower, where, separated from the humdrum demands of everyday life, they hone their art and craft in glorious seclusion. For those looking in from the outside, the life of the classical musician may seem extraordinarily special and privileged: one has the opportunity day in day out to engage with the most sublimely beautiful and profoundly emotional music ever written, and share its wonders with others in concert.

Some years ago, several years before I started this blog, I interviewed a British concert pianist in his home in leafy suburbia. Apart from the fact that he had a special piano room separate from the rest of the house, his existence, at first sight, was not dissimilar to mine. There was evidence of family, children and pets; he answered the door in his socks, and spoke about his “work”(conjuring magic out of that big black box of wood and wires) as if it were any other nine-to-five job. He lived in an ordinary street, in an ordinary suburb of London. Naively, I had been expecting his music room to be a Lisztian salon, rather than an office, and he an effete artist detached from the real world. His very ordinariness was something of a surprise to me.

I have subsequently realised, from my many interviews and interactions with classical musicians via my blog, my reviewing and my own experience as a musician, that this “ordinariness” – treating one’s work as “normal job” – is a way of protecting oneself against the exigencies of life as a classical musician. Because in order to succeed in this fast-paced and highly competitive profession, one has to be prepared to put in the work, hard work, every day, while also maintaining a healthy degree of perspective about what one does. In addition, one has to deal with the cynics out there who do not regard music as “a proper job”.

For the professional musician, work (and “work” often simply means “practising”) shapes every hour and is the cadence by which one sets one’s life. Without it, one can feel directionless, without focus. Yet practising, four to five hours every day, can also be a form of captivity: when one is wrestling with something new and tricky, when the same page of the score confronts one day after day, it can feel as if one does not move forward in the night. 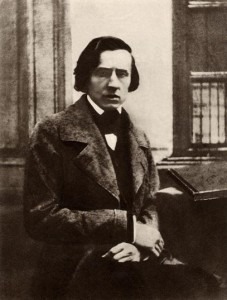 In addition, there is all the painstaking work to be done away from the keyboard, reading, analysing and annotating scores, cutting through the music to the heart of what it is about. Living with the piece to find out what makes it special, studying style, the contextual background which provides invaluable insights into the way it should be interpreted. The endless striving to find the emotional or spiritual meaning of a work, its subtleties and balance of structure, and how to communicate all of this to an audience as if telling the story for the very first time. There is new repertoire to be learnt, old repertoire to be revised, overhauled, finessed, or just simply kept going, a vast catalogue “in the fingers” which can be made ready for some kind of performance within a matter of days, depending on one’s schedule. (I interviewed an international concert pianist recently who told me he had “10 concertos” in the fingers and memory ready to play “that evening” if required).

On top of that, one must attend to the “business side” of the profession – contacting promoters, agents, concert organisers, updating one’s website, creating publicity material, general admin – all of which is time-consuming and can seem like an irritating distraction from the real work of studying the music.

The life of the concert pianist can be tough, restrictive and lonely, the grinding solitary hours of practise only intermittently relieved by work with colleagues. Then there is the travelling, living out of a suitcase in cheerless hotel rooms, sometimes a different place each night, playing an unfamiliar instrument in a foreign concert hall of uncertain acoustic. Having to produce a faultless performance every time, even if one is tired, jet-lagged or, worse, ill, on a strange, and possibly inferior, piano. Never having permission to be less than perfect; always feeding the artistic temperament. The pressure to achieve matched only by the pressure to sustain – and always, the uncomfortable knowledge that one’s reputation is only as good as one’s last performance. No wonder some musicians reach burn out to decide to take a sabbatical (Kissin, Aimard, and now Anderszewski) or even leave the profession entirely.

Pierre-Laurent Aimard plays Bach
The Well-Tempered Clavier, Book 1, BWV 846-869 (excerpts)
Only a very small minority of professional musicians can be considered “well off”, financially, when measured against other professions (doctors, lawyers, accountants, for example). The Lang Langs of this work are definitely a rarity. The rest work hard to maintain a reasonable standard of living, and many teach to supplement meagre concert fees. There are bills to be paid: the fact that one is playing Chopin at Wigmore Hall to pay for new curtains may feel like an insult to the music and the musician’s craft. But recall that Chopin himself wrote his most heavenly pieces and sent them off with crotchety notes to his friend and factotum Julian Fontana, demanding the best prices from his publishers because he had bills to pay. Without the safety net of working in a “normal” profession, where one might enjoy in-work benefits, things like pension plans, health insurance and savings need to be taken care of and factored into one’s financial planning.

Professional musicians are often envious of the freedom that amateurs musicians enjoy – being able to play whatever repertoire they like, whenever they like, without the pressure to produce specific programmes for concerts and to satisfy the demands of promoters and agents. Simply to enjoy the music for what it is….

So why do we do it? Why do we submit to the demands of the job? Because it is a huge privilege to be able to play this great music, works that rank alongside Aristotle and Shakespeare in their magnitude and importance. One feels like a conservator or curator, taking responsibility for them, sharing them with others. It is a cultural gift – a gift to oneself, and a gift to those who love to listen to music. There are so many things in these wonderful works to be explored and understood, things which have the power to continually surprise and fascinate. That’s why we do it.

Further reading:
Give me a break: classical musicians who step away