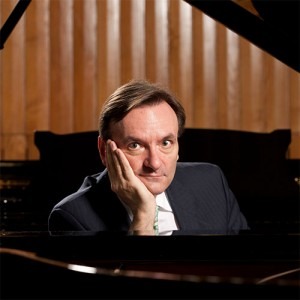 The world of classical music is driven with conventions from the way we dress to the manner in which music is presented in public and when it is acceptable to applaud. Many of these customs developed in the second half of the nineteenth century when concertising became far more formalised. These conventions can seem restrictive and limiting, to both players and audience, but they exist and therefore we are largely obliged to work within them. The profession has its mavericks and colourful characters who kick against The System, but in general most of us abide by the “rules” to a greater or lesser extent – and there are good reasons for this. Our behaviour, from the way we market ourselves and interact with others in the profession to what we wear at concerts and how we deport ourselves on stage, in addition to how we play, is constantly under scrutiny by peers, audience members, promoters, agents, teachers, mentors and critics.

We are all being judged, whether we like it or not, when we work with others and when we perform. That is not to say that everyone should knuckle down and follow the directives of the conductor, nor engage in discussion with conductor and colleagues – and good colleagues and conductors will be open-minded and keen to discuss points which arise in rehearsal. But an ensemble or orchestra is a “team” and respecting the team dynamic and working with it rather than against it will lead to a happier working environment, good performances, and future work. In reality, while some may want to strike out and do something original and creative, such behaviour does not pay the bills, and freelance musicians have to be pragmatic as well as disciplined.

One may argue that soloists have greater freedom to buck the system and to play with spontaneity and originality, and while this is true up to a point, we are still bound by conventions. There are, for example, established ways of playing Bach, Beethoven, Schubert, Chopin et al, conventions which develop and change over time, reflecting historical precedents, new scholarship, differing attitudes to interpretation and teaching, and the influence of recordings. If anything, the way the big warhorses of the solo repertoire are presented in concert today is more standardised than ever as soloists, particularly younger ones, believe that they must play these works in a certain way to satisfy audiences, critics and promoters, not to mention the influence of high-quality recordings. With so much music being performed and so many concerts of largely the same repertoire, it can be hard to find an individual voice, and if you are playing the same programme across three continents for six months, it can begin to feel like a chore rather than a joy.

So how do we bring spontaneity, originality and individuality to our performances? Paradoxically, it is the very discipline of practising which brings freedom in performance. When we perform, we want our performance to be engaging and memorable (ideally, for the right reasons) for our listeners. The work we do in private, in the practise room, is crucial in enabling us to pull off a performance which is accurate, faithful to the score, imaginative, colourful, expressive and personal. No one, not even the greatest pianist in the world, gets by on talent alone. That talent has to be nurtured, honed and finessed, and the only way to do this is through regular and consistent work on one’s craft. Discipline turns ability into achievement.

Knowing we are well-prepared means we can step back from the music in performance, not over-think it, play “in the moment”, and produce a performance which is special, memorable and unique. In effect, one needs two personalities in order to be a convincing performer: a perfectionist in the practise room and a “bohemian” (Stephen Hough) on stage. This sprezzatura, the result of many hours of careful, deep practising, allows the bohemian in us to be set free on stage. Audiences can sense this confidence too – just as they can tell when the performer is under-prepared.

Liebermann: Gargoyles, Op. 29 by Stephen Hough
In my capacity as a concert-reviewer, I attend many recitals and hear a wide variety of performers and repertoire, from well-established international artists to lesser-known and young musicians. I can usually tell if a performer is not wholly convinced about his or her approach to particular repertoire, has not spent enough time with it or has been told to play in a certain way by a teacher or promoter. The playing lacks conviction and depth and sounds contrived or artificial. Occasionally someone comes along and does something new or unexpected with a Beethoven Sonata or Chopin’s Etudes, and if it is done with conviction, one has the sense of a performer who is well-prepared and who has spent many hours living with and thinking about the music. Such “wow!” moments are quite rare, but when they happen they are truly magical. Equally, a musician who has spent many years living with and performing the same repertoire can bring new and wonderful things to the music every time he or she performs it. A long association with certain repertoire also enables one to step back from it and set it – and one’s imagination – free.