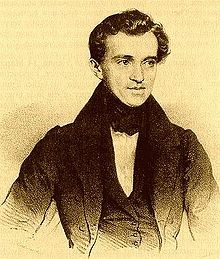 One would be hard pressed not to agree with the assessment of a contemporary music critic, who described the Viennese Waltz as a direct expression of sensuality. Originally clergymen and the aristocracy condemned the waltz, which evolved from the rustic “Ländler” in the middle of the 18th century. They primarily objected to the close bodily contact between dancers. Eyewitnesses report, “the men dancers held up the dresses of their partners very high so that they should not trail and be stepped on, wrapped themselves both tightly in the covering, bringing their bodies as closely together as possible, and thus whirling about went on in the most indecent positions”. This vertical expression of horizontal desire, which reflected the pleasure-seeking and carefree spirit of imperial Vienna, was eagerly practiced in the great dancehalls of the city. And members of the Strauss family gleefully provided the musical background, which gaily sent the Viennese population into throbbing gyrations.


The members of the Strauss family mentioned above were Johann Strauss I (1804-1849), also known as Johann Baptist Strauss, Johann Strauss (Vater, Father), or Johann Strauss (Senior, Elder) and his sons Johann Strauss II (1825-1899), also known as Johann Baptist Strauss, Johann Strauss (Sohn, Son), or Johann Strauss (Junior, Younger), Josef Strauss and Eduard Strauss, who in turn had a son called Johann Strauss III. As you might imagine, this similarity of names — father Strauss was clearly not very imaginative when it came to naming his sons — has led to a great deal of confusion. Just for clarification, this first installment of Danubian Debaucheries will exclusively deal with Daddy Strauss. He began his musical career as a fiddle player in a local orchestra alongside Josef Lanner. Soon, the two musicians became good friends and founded their own small string orchestra. In quick succession, the new orchestra became immensely popular with the public, and Daddy Strauss became a hit with the ladies. As the leader of the string sections, he fiddled his way into the hearts and beds of numerous young maidens, including Maria Anna Streim, the daughter of a local innkeeper. To everybody’s surprise, the couple hastily married in the parish church of Liechtenthal on 11 July 1825. The mystery of the hastily arranged wedding was, however, quickly answered by the birth of their first son “Johann II” a mere 3 months later.

Concurrently, Daddy Strauss separated from Lanner and founded his own orchestra. Soon he was the darling of the Viennese dance craze and simply known as “The Tyrant of the Waltz”. When Richard Wagner heard him perform in 1838, he described Strauss as a “magic fiddler, the genius of Vienna’s innate musical spirit”. Viennese publishers started to fight for the rights to publish his compositions, like the “Täuberlin-Walzer, Op. 1 and the first of the Kettenbrücken Walzer, Op. 4, and young ladies continued to fight for his philandering attentions. Daddy Strauss was now famous enough to take his dance orchestra on the road, and throughout the 1830’s relentlessly toured Europe. With wife and children safely stashed away in the Viennese family home aptly named “Hirschenhaus” (Golden Stag), Daddy Strauss played concerts in Germany and France, impressing not only Hector Berlioz but also swarms of eager female admirers. He was even invited to play for Queen Victoria’s coronation, especially composing his “Homage to Queen Victoria of Great Britain”, Op. 103. His relentless and uncompromising musical and sexual lifestyle eventually took its toll, and Daddy Strauss collapsed.

From now on, Daddy Strauss was forced to stay professionally close to Vienna, but his appetite for young impressionable maidens was undiminished. His wife had long known about his extracurricular activities, but had quietly tolerated them. With Daddy Strauss in town all the time, however, things started to become more explosive. When Daddy Strauss engaged in a passionate affair with the young and nubile seamstress Emilie Trampusch, the gossip columns worked overtime. Maria Anna might once again have overlooked her husband’s infidelity, but when Emilie gave birth to Daddy Strauss’s son—who was unsurprisingly named Johann — she could no longer ignore the insults. Faced with her ultimatum, Daddy Strauss packed up his bits and rented new dwellings for Emily and his second family — which ultimately included 5 children — while at the same time his wife sued for divorce. Having to feed so many new hungry mouths, Daddy Strauss was soon touring the dancehalls of Europe once more, and he also continued to bring renewed joy to his female admirers worldwide. In 1849, at the tender age of 45, Daddy Strauss contracted scarlet fever and given his weakened state of health, quietly passed away. Probably most famous for his “Radetzky March”, Op. 228, Hector Berlioz paid homage to the father of the Viennese Waltz by declaring that “Vienna without (Daddy) Strauss is like Austria without the Danube”.