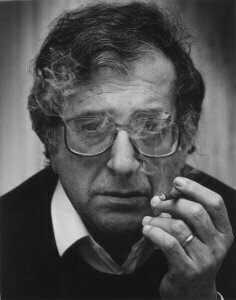 As a concertgoer in Hong Kong and avid listener of contemporary music, I am sometimes disappointed with the programmes of orchestras in Hong Kong. Mahler, Strauss, Wagner… These names, which are part of the so-called “core repertoire” of orchestras, can be easily found. But, how about the others?

Contemporary music is rarely performed in Hong Kong, except the commissioned works for orchestras. Very often the works by important 20th-century composers are missing or only programmed sporadically, such as Stockhausen, Schoenberg, Berg, Berio and Boulez. There are so many gems that are left undiscovered to the general public.

Undeniably, the programming of Hong Kong Philharmonic (HKPhil) has been more and more adventurous. Looking back HKPhil’s programme in 2015/16 Season, one could only name a few contemporary composers. Tan Dun, Chen Qigang, Pärt, Ligeti and a few more. For 2018/19 Season, the programme features relatively more contemporary works, including those composed by John Corigliano, Christopher Rouse, Magnus Lindberg. However, important figures in 20th century are still missing. There is seemingly a “gap” in the repertoire – between middle-Romantic music and new music composed in recent decades. 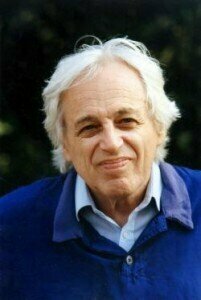 Comparatively speaking, the programme of Hong Kong Sinfonietta has been more daring. A wider range of contemporary composers from different eras can be found. From Webern, Dutilleux to Wolfgang Rihm and Unsuk Chin… All these names can be found in the 2018/19 Season.

It is understandable that contemporary music may demand higher level of technical facility from players and face resistance from some local audience. As Hong Kong orchestras are transforming into international ones, why shouldn’t they step out of their comfort zones and incorporate lesser known works gradually?

It is true that concerts entirely devoted to contemporary music may not be attractive to local audience. However, is it possible to combine both standard repertoire and newer compositions in one concert? The standard repertoire offers incentives for audience to attend the concerts, which should also address concerns over subscription sales. At the same time, they will be exposed to contemporary music as well. Pierre Boulez, who is often regarded as the “Titan of Modernism”, once conducted a concert consisting of Handel, Mozart, Varèse, Webern and Ligeti when he was the Chief Conductor of New York Philharmonic.

Moreover, a theme can be used to connect pieces drawn from the core repertoire and newer works. For instance, the theme of a HKPhil’s concert in March 2018 conducted by Jun Märkl is “ocean”, where the programme consisted of Toshio Hosokawa’s Circulating Oceans, Mendelssohn’s The Hebrides Overture and Debussy’s La Mer. In fact, more concerts with themes can be held in the future, as they can facilitate audience’s understanding of the newer compositions.

Public education is also an indispensable element in promoting contemporary music. Under Boulez’s conductorship from 1971 to 1977, New York Philharmonic introduced various innovative events, such as Rug Concerts and Prospective Encounters. For Rug Concerts, the target audience was primarily teenagers and they literally sat on rugs listening to contemporary music. For Prospective Encounters, audience had the chance to interact with composers and performers. The same may be applied to Hong Kong, but this, of course, hugely depends on orchestras’ commitment and devotion. Undoubtedly, support from other parties is also needed, since the tickets should be sold at an affordable price for the youth. 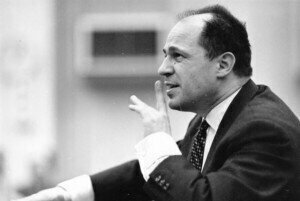 Music keeps evolving and what we should do is to “keep going” (from the third movement of Berio’s Sinfonia). It is equally important to preserve the tradition as it is to move forward. Pierre Boulez once said, “I wanted contemporary music to be treated the same as the traditional repertoire – performed regularly by people who knew each other and the music. That is the way you convince an audience.” This is the wish of many enthusiasts of contemporary music as well. Without being said, it is not an easy task to accomplish, especially in Hong Kong. Orchestras in Hong Kong should take a more active role in the promotion of contemporary music, by both increasing its exposure in programmes and holding educational activities more frequently.