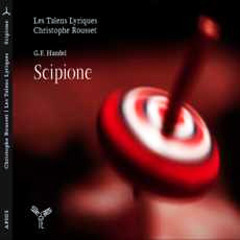 “The torment is aleady over

and calm will return,

and in the rays of a propitious star

my love shall sparkle.”

In 1993, Christophe Rousset with Les Talens Lyriques performed this magnificent piece at the Festival de Beaune followed by the recording at the Maison de Radio France.