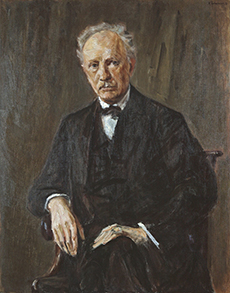 In 1939, in the middle of writing his opera Die Liebe der Danae, Richard Strauss wrote a work that’s rarely performed but commemorates an event few countries can claim. His Japanische Festmusik was written for the 2,600th anniversary of the imperial dynasty in Japan. The commission paid an astonishing 10,000 Reichsmarks (roughly $75,000 in today’s money), but Strauss waived the fee as he had another goal in mind.

Strauss was doing all he could to protect his family from the Nazis. He had been writing the opera Die schweigsame Frau with the Jewish librettist Stefan Zweig and insisted his name be placed prominently in the theatrical billing, which made the local politicians very angry. A letter to Zweig about what it meant to be German – he would rather recognize people by their talents than their nationalities – was intercepted by the Gestapo, sent to Hitler, and lost him his position as president of the Reichsmusikkammer (State Music Bureau), which promoted “good German music.” Strauss was seeking to protect his Jewish daughter-in-law and her children from the state. To try and get back in good favor, Strauss composed the Olympic Hymn for the 1936 Berlin Olympics. 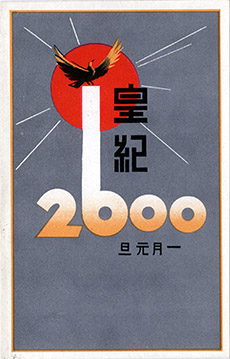 Poster for the Exposition of Shining Technology (2600 anniversary)

The Imperial House of Japan considers that it was founded in 660 BC by Emperor Jimmu, descendent of the sun-goddess Amaterasu. The current emperor, Naruhito, is the 126th monarch in the line. 1940 was supposed to be a banner year in Japan – the Summer Olympics were scheduled to be held there as was a lavish Tokyo Exposition. Both were ultimately cancelled due in part to Japan’s escalating war in China and the European war’s start in 1939. Instead, the country focused on the 2,600 anniversary celebrations, of which the Strauss commission was only a part.

By writing this work for Germany’s ally in the Far East, Strauss was seeking to reinstate his name as a good German composer. He started the work using some old sketch material and wrote a work in five sections: Seascape, Cherry-blossom Festival, Volcanic Eruption, Attack of the Samurai, and closing with Hymn to the Emperor. These section titles appear only in his manuscript and not on the printed score. With the exception of the sea-music at the beginning and some tone painting in the middle, little of the work is strictly programmatic. There’s little in the way of “Japanese” musical writing, but, in honour of the Japanese ambassador who commissioned the work, there is a set of Japanese tuned gongs as part of the percussion section.


Unfortunately, as with many of Strauss’ late commissioned works, this piece is rather like sonic wallpaper; the base material, his sketches, are rather generic symphonically and the result is, at best, uninspired. Strauss did have an impressive command of symphonic technique and the work can be considered successful, but not memorable. 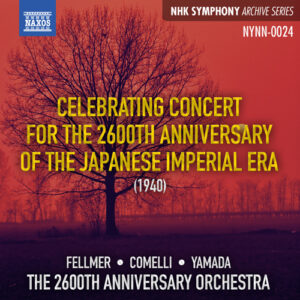