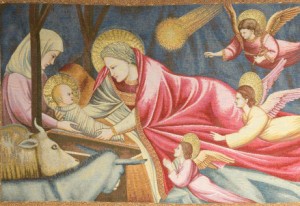 The American novelist and playwright Thornton Wilder penned his play The Long Christmas Dinner in 1931. This one-act drama focuses on the life of the Bayard family, somewhere in the American West. At the center of the play is a dining table set for Christmas dinner, and Wilder compresses time so audiences witness 90 Christmas dinners in the Bayard home. Doors to the left and right of the stage denote birth and death, and the various characters pass through them as their time comes. 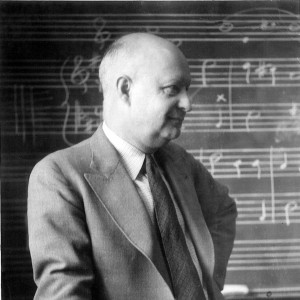 There is no real dramatic conflict, just a good old American story about the accumulation of wealth and property. Paul Hindemith worked closely with Wilder to adapt the play for the musical stage. “Each of the 11 characters (five male, six female) is treated at some point as a soloist, and overlong stretches of recitative are largely avoided.” The opera opens with a musical take on the Christmas carol “God rest ye merry gentlemen,” and the remaining sections make use of various musical forms, including a jig, minuet, passacaglia, and fugue. 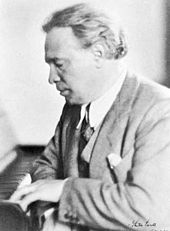 Ottorino Respighi composed Lauda per la Natività del Signore between 1928 and 1930. The text comes from the Cantico della Natività di Iesu Cristo, attributed to the 14th century Umbrian friar Jacopone da Todi. The only sacred choral piece among his works, this large Christmas carol in cantata form is scored for three soloists, mixed chorus, and a small instrumental ensemble. This song of praise to the miracle of Christmas sounds choral passages alternating with solos by “Maria,” the “Angel,” and the “Shepherd,” all accompanied by the sounds of pastoral instruments. The music is guided by a neoclassical aesthetic, which provides a flexible framework to demonstrate his understanding of late Renaissance and early Baroque techniques. The work premiered at the Chigi Saracini palace in Siena on 22 November 1930 under the direction of Respighi himself. 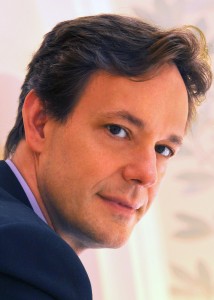 The 1946 Christmas fantasy drama It’s a Wonderful Life, produced and directed by Frank Capra, has become an all-time Christmas favorite. The film featured James Stewart as George Baily, who contemplates suicide on Christmas Eve 1945, in Bedford Falls, New York. His guardian angel Clarence intervenes and shows George all the lives he has touched throughout his life. Considered one of the most critically acclaimed films ever made, the transformative effect of simple kindnesses has inspired countless adaptations including the 2016 Opera It’s a Wonderful Life with music by Jake Heggie and a libretto by Gene Scheer. One of the most popular opera composers of the 21st century, Jake Heggie musically and theatrically illuminates human stories about identity. And in It’s a Wonderful Life we discover “two characters who come to each other’s aid in ways we don’t fully understand until the opera’s moving climax.” 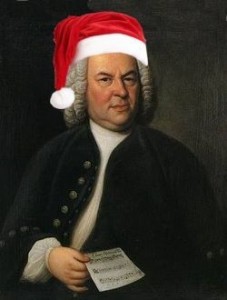 It’s all highly personal, but X-mas without the glorious music of J.S. Bach is unthinkable! With the Weihnachts Oratorium (Christmas Oratorio) of 1734 Bach created a wondrously dramatic and celebratory work. Featuring six musically and textually interrelated cantatas, the work is destined for the twelve days of Christmas, beginning on December 25th and ending on the Feast of the Epiphany on January 6th. Bach collaborated on the libretto with Christian Friedrich Picander, who had already provided him with many earlier librettos, including the one for the St. Mathew Passion. The biblical narrative is assigned to the tenor evangelist who declaims the text in recitative. Representing the congregation’s response of prayer, praise and thanksgiving for the Christmas message, a choir intones Lutheran hymns in Bach’s harmonization, while extended and elaborate arias provide the opportunity for further reflection. The story of Christ’s birth is intended for performance on the “First Day of Christmas,” December 25th. Merry Christmas!