Composers Inspiration
Christmas at the Opera I
by Georg Predota December 16th, 2017 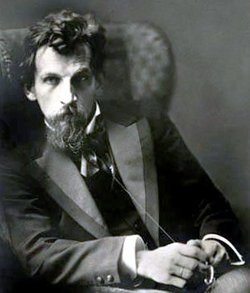 The story of Christmas has had a powerful hold on the imagination of writers around the world for centuries. Literary greats ranging from Charles Dickens to Kurt Vonnegut have referenced a variety of Christmas rituals, but the central drama of the story focuses on the Nativity. Literary versions of Christmas have greatly embellished the story, but it is the essential mystery of Christmas, “God’s power manifest in the form of a helpless infant born in a stable,” that has generated countless works of literature. The ethical and spiritual drama signified in this mystery of incarnation has predictably transferred onto the realm of musical theatre. Take for example Hans Pfitzner’s 1917 opera Das Christ-Elflein (The Christmas Elf). Based on a children’s fairytale, it tells the story of the Christmas Eve encounter of a local landowner’s family with pagan personifications of Nature. The Christ Child makes sure that the dying daughter of the landowner gets her Christmas tree before she takes her place in heaven. 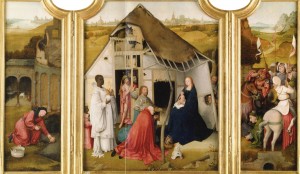 The earliest Christmas operas date from the beginning of the 17th century and were based on the Nativity of Jesus. Since public theatres in Italy and other Catholic countries were closed during the season of Advent, performances had to be held in private settings. To circumvent this performance restriction, composers turned to the Oratorio, a non-staged concert piece combining sacred dialogues and narrative mediations with music that included choral declamations, instrumental dances and solo singing. In 1664, Heinrich Schütz, considered one of the foremost composers of his time, published his Historia der Geburt Jesu Christi (Story of the birth of Jesus Christ). Prominently featuring an Evangelist and all the principal characters of the Christmas story, the work also calls for two choirs, consisting of four and six voices, respectively. The story is told through the words of the German Bible. The gospel texts are sung by a solo voice with a simple instrumental accompaniment, and his narrative is interrupted by a series of “Intermedia,” choral movements that dramatize the main scenes of the story. 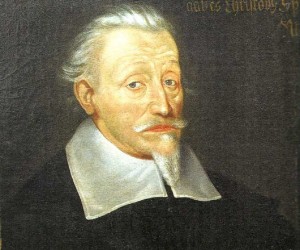 Aptly named Christmas Eve, Nikolay Rimsky-Korsakov based his opera on a story in Nikolay Gogol’s collection Evenings on a Farm near Dikanka. Gogol put his early impressions and memories of childhood into literary pictures of peasant life. Published in two volumes of four stories each, “Christmas Eve” describes winter scenery in the Ukraine, with a witch flying across the night sky and the devil stealing the moon and hiding it in his pocket. It is the night before Christmas, and the devil decides to torment the blacksmith Vakula because he paints religious art in the church. The opera was first performed in St. Petersburg on 28 November 1895, but audiences were unsympathetic to the mythologized treatment of Gogol’s innocent tale. Rimsky-Korsakov conceded in his autobiography he had been carried away, “but this mistake gave me the chance to write a lot of interesting music.” Rimsky-Korsakov’s special genius for painting coloristic musical colors is cleverly summarized in his 1903 Christmas Eve Suite. 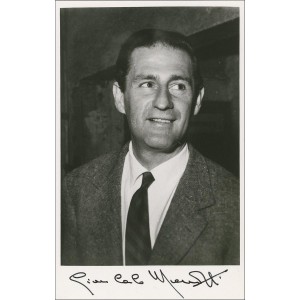 Premiered on 24 December 1951, Amahl and the Night Visitors by Gian Carlo Menotti was the first opera composed for television in the United States. Menotti wrote, “this is an opera for children because it tries to recapture my own childhood. When I was a child living in Italy, there was no Santa Claus as our gifts are brought to us by the Three Kings instead.” His opera is set in Bethlehem in the first century after the birth of Christ, and the story centers on a disabled boy who likes to tell tall tales. 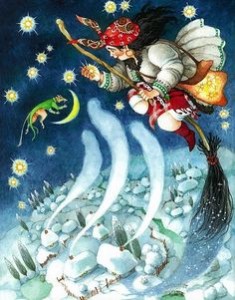 One evening after bedtime, the Three Kings, on a long journey to bring gifts to a wondrous child, request permission to stay the night. Amahl is curious and asks various questions, and once everybody is resting, his mother attempts to steal some of the gold for her son. She is caught by the king’s page and Amahl leaps to his mother’s defense. King Melchior, understanding the motivation behind the attempted theft, bids her to keep the gold. She declines and wishes to send a gift to the Holy Child, but has nothing to give. Amahl, in turn, offers his crutch to the kings, and his leg is miraculously healed. The opera received the Drama Critics’ Circle Award for the best play, the New York Music Critics’ Circle Award for the best opera and the Pulitzer Prize in music for 1955. More x-mas opera to come in our next episode!