Artists Interviews
It’s All About the Character: An Interview with Riccardo Massi
by Maureen Buja September 28th, 2017 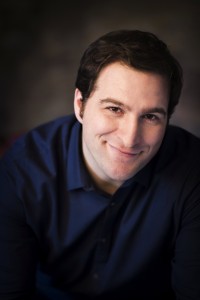 Tenor Riccardo Massi takes the world’s stages in the most heroic of roles: Radamès in Aida, Don José in Carmen, Calaf in Turandot, but for the years while he was studying voice, he took to the cinema screen in other kinds of roles. He had an early interest in medieval swords and swordsmanship (everything from knives to swords) and so appeared in a number of films shot at Cinecittà wielding these weapons. He also studied fighting and appeared in more modern films such as Gangs of New York. When we asked him if this was of any benefit to his opera work, there was a definite affirmative. Sword fights on stage are no problem and he noted that he was very good at death scenes, particularly in Tosca.

In a deeper reflection on the tenor roles he plays, Mr. Massi said that, although tenors were nearly always thought of as the winners in opera, often there was something else operating behind the characters. In talking about the character of Don José in Carmen, he saw him as someone who, by the end of the opera, was nearly insane. In the original book by Prosper Mérimée from which the libretto is derived, Don José has joined the military to get away from his own murderous past. This chance to start over is derailed by his love for Carmen, who uses each successive lover to climb out of her own situation. In moving up from soldier to heroic toreador, Carmen is moving up the social ladder as best she can. Left behind, Don José turns from love to despair to murder. Carmen drags him off the straight and narrow and back to what he was before. Tenors like to be the hero, but, at the same time, they have to be honest about their character.

Of the houses he has appeared in, he considers The Metropolitan Opera in New York to be one of the most important of the current opera houses. Of note in particular is their broadcast schedule. With their radio broadcasts, they reach the entire world and now that opera is less important to the cultural landscape, international access becomes more important. The ability to reach outside the theatre, be it by radio or by live or delayed video, enables the Met to reach a new audience. A broadcast may be a far different sound that one might hear in the house, but it is still an important one. New opera-goers have written to Mr. Massi personally to tell him that having heard him, they now want to see more opera and investigate this complex and rewarding sound world. 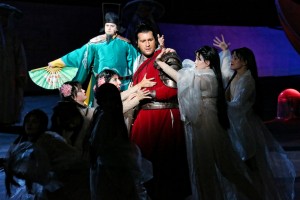 Due to the demands of the opera season, he uses his normal down time in August to prepare his roles for the new season: studying and putting the arias ‘into the throat.’ With a work such as Turandot, the role of Calaf is both difficult to sing and psychologically difficult to prepare. With the aria ‘Nessun dorma,’ the most famous tenor aria of our time, you have to hit the ‘Vincerò’ at the end. Every opera goer is comparing your performance against any number of other performances by Luciano Pavarotti, or Plácido Domingo and you must stand equally with them.

Currently appearing in Carme at the Los Angeles Opera, Mr. Massi will be appearing in Hong Kong as Radamès in Aida with Opera Hong Kong in October. In November he’s in Attila at the Opéra de Lyon, in January he’s in Tosca at Palm Beach Opera and in the same opera at the Royal Opera House in London in February. Over 2018, he also takes these roles to the Staatsoper in Hamburg and the Sydney Opera House.

When he’s not touring the world’s opera stages, he likes to take long walks listening to music, checks out the local marinas around the world, and, in his movie-going, prefers science fiction the best.