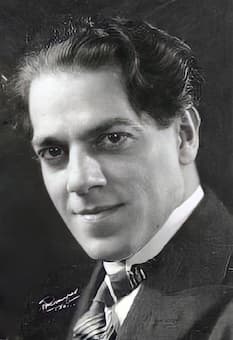 Starting with work that is made up of a set of 7 solo piano pieces and concluding with a piano duet, Carnaval das crianças (Children’s Carnival) of 1919, Heitor Villa Lobos (1887-1959) created a larger work for piano and orchestra ten years later called Mômoprecóce. This title comes from two Portuguese words: Mômo – the king of carnival and precoce – precocious.

Mômoprecóce, subtitled as a “fantasy for piano and orchestra,” the work was intended to depict the different characters of Carnival, such as Pierrot and Pierrette, through a child’s perspective and the orchestral arrangement was to help better depict those characters. The piano original was made up of these movements and we get our characters:

Listen, for example to the first movement of the Carnaval das crianças and then how it was orchestrated at the beginning of Mômoprecóce (up to 01:33). 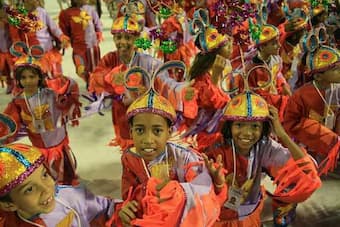 Villa Lobos starts with an orchestration of the piano line, making it much more dramatic, then the piano comes in with the same theme. Whereas in the solo piano version, we hear the pony quite clearly, in the orchestral version we have a larger landscape and soundscape. The pony is there, but so are a lot of other characters.

And so it is for the entire fantasy – it’s the carnival through a child’s perspective. It’s always focused on the immediate, but there is some recognition that there are other actors involved in the 4-day festival. Children are not permitted in the main parade, but now there is a children’s samba parade that’s held on the day after the main parade.

Villa-Lobos’ orchestral work was admired by his contemporaries, but his skill in orchestration is rarely discussed today. In this work, where we are free to compare his piano originals and his orchestral developments of the same material, we can only admire how much he is able to add colour and characters to the work through his orchestration.