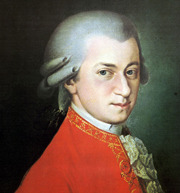 One of the essential things about music is how it’s so hard to pin down, so hard to fix in time, and so hard to be definitive about. In looking at cadenzas, those virtuosic flourishes that appear in concertos, we can do no better than to look at Mozart’s Piano Concertos. We know that for most of the concertos, they generally had their first performance under his hands as soloist. This means that for many of his concertos, he didn’t write down the cadenzas because he, as composer, literally had the work at his fingertips. Mozart was famous for his ability to improvise and it is thought that he not only improvised the cadenzas but also probably improvised throughout any performance he gave – he used the music he wrote, but played so much more.

Of his 27 piano concertos, only 15 have cadenzas in his hand. The others have either been lost over time or were never written down in the first place. At the time of Mozart, performers would still have been expected to create their own cadenzas.

In most recordings, if there is a Mozart cadenza, then the performer uses it. This means that for the concertos where there is no extant cadenzas, performers can do either one of two things: create their own or use one created by someone else.

Piano Concerto No. 20 in D Minor, K. 466, was given its première in Vienna on 22 February 1785, with the composer at the piano. His cadenza is lost and the first published cadenza we have was from Beethoven himself, who liked this concerto and kept it for many years in his own concert repertoire. 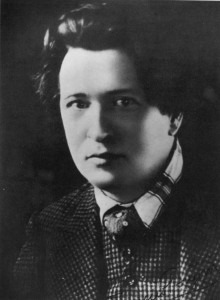 (Arturo Benedetti Michelangeli, piano; South West German Radio Symphony Orchestra; Antoine de Bavier, Conductor) Cadenza: 10:34-12:40
We are struck immediately by the great thrumming arpeggios that Beethoven puts in the left hand under the right hand trills. Beethoven also takes advantage of the fact that the work is in D minor and uses alternations between major and minor to bring more drama into his cadenza. Tempo changes, articulation changes, dynamic changes all have their part in his cadenza. Another cadenza for this work from the time of Mozart would have been the one written by Johann Nepomuk Hummel, Mozart’s student.

(Annie Fischer, piano; Budapest Symphony Orchestra; Ervin Lukacs, Conductor) cadenza: 11:08-13:20
This cadenza is probably closer to what Mozart might have himself played – it doesn’t have the bravura extremes that Beethoven liked, but does have elements where technique plays a strong role. 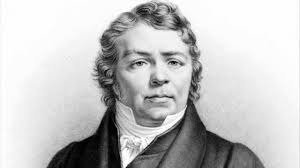 Brahms added his version but moves it forward in time:

(Michael Rische, piano; West German Radio Symphony Orchestra; Howard Griffiths, Conductor)
Brahms’ cadenza still contains the virtuosic elements we expect, but it seems more conversational, as though he’s talking both with his audience and with Mozart about the melodic elements of the piece.

Another pianist/composer who added a cadenza to this work was Ferruccio Busoni (1866 – 1924), which moves us closer to the 20th century.

(Michael Rische, piano; West German Radio Symphony Orchestra; Howard Griffiths, Conductor)
Gone are the opening dramatic motions of Beethoven and he seems to carry the introspection of Brahms forward. The virtuosic elements are still prominent, but seem to become most dramatic just before the entry of the orchestra. 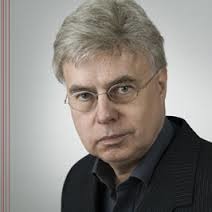 Anda’s cadenza owes a lot to Beethoven and seems like such a return to the past.

I. Allegro (cadenza by G. Anda) (Geza Anda, piano; Cologne West German Radio Symphony Orchestra; Geza Anda, Conductor) cadenza: 11:06-12:24
Rische’s cadenza is very much informed by the fact that, on this recording, he’s also performed the cadenzas by Busoni, Brahms, Hummel, and Beethoven. With all those examples in mind, and in his fingers, he creates a cadenza that’s both modern and a referral to earlier works. 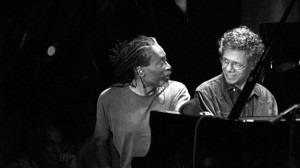 One last performance that definitely takes us to the modern is that by Chick Corea with the help of Bobby McFerrin. Opening with a vocal Prelude by McFerrin that seems quite Bach-like, which continues with a very modern-sounding piano prelude by Chick Corea, the playing seems quite removed from Mozart and it’s almost a shock when the orchestra slides in at 1:36 and we’re back in the Classical era.

I. Allegro (Cadenza by Corea) (Bobby McFerrin, vocals; Chick Corea, piano; St. Paul Chamber Orchestra; Bobby McFerrin, conductor) cadenza: 11:09-13:38
Although Corea’s cadenza may seem slightly jarring in its style, we could also consider it in light of his career in improvisation and music and see, perhaps, what might be a throwback to Mozart’s own virtuosity.