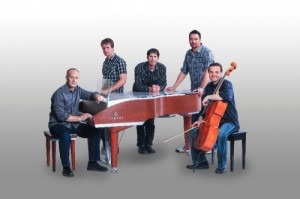 Until recordings became common in the latter part of the 20th century, the only way to hear some of the great works was to attend a performance or to have your own orchestra. For the rest of the music-loving world, however, the music of the great composers was available, but in a slightly different form. Or, actually, many different forms.

For example, here’s Beethoven’s Symphony No. 2 arranged for piano trio by Beethoven. The violin and cello fulfil the high and low string requirements while the piano is free to fill in all the middle voices.

Beethoven: Symphony No. 2 in D Major, Op. 36: IV. Allegro molto (arr. for piano trio) (Xyrion Trio)
Wolfgang Amadeus Mozart’s student Johann N. Hummel arranged the overture for the opera Don Giovanni for solo piano. As with so many of these transcriptions, we often hear this music differently when arranged for different voices.

Hummel: Mozart – Don Giovanni, K. 527: Overture, S148 (Babette Dorn, piano)
The music for Tchaikovsky’s ballet The Nutcracker was arranged for piano duet and has a complicated history. Following the success of the ballet, the pianist Alexander Ziloti recommended to Tchaikovsky that a piano duet version be created. Tchaikovsky hired the 18-year-old Sergey Rachmaninov to make the transcription. Further changes were made by Ziloti at Tchaikovsky’s request and then Tchaikovsky and Ziloti worked on yet another draft of the work before it went to print. In this 2-piano version, the Dance of the Sugar Plum Fairies sounds so music-box-like.

Tchaikovsky: The Nutcracker Suite, Op. 71a: III. Dance of the Sugar Plum Fairies (arr. for 2 pianos) (Aurora Duo)
And, lest you think this was just a fashion for classical music, it happens for modern music as well. Stravinsky’s magnificent music for The Firebird ballet was also arranged for 2 pianos.

Stravinsky: The Firebird: Infernal Dance of Kastchei and his subjects under the Firebird’s magic spell (arr. D.R. Davies for 2 pianos ) Dennis Russell Davies, piano;
Maki Namekawa – piano)
It’s not all a mission impossible.