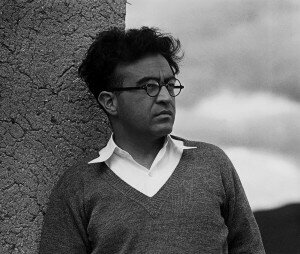 In 1935-36, the Mexican composer and conductor Carlos Chávez brought out his second symphony, the Sinfonía India. Written in 1935 while he was in New York, the symphony received its premiere in a radio broadcast with the Columbia Symphony Orchestra in January 1936. After its radio debut, the work was next presented by the Boston Symphony Orchestra in April 1936, again conducted by the composer. It had its premiere in Mexico in July 1936, finally bringing the symphony home. 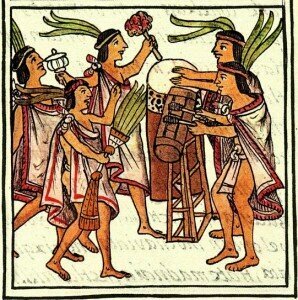 The work is a one-movement symphony, based on melodies of indigenous Mexicans, with themes coming from the Yaqui of the state of Sonora on the north-western Mexican border, the Seri from the Isla de Tiburón in Sonora , and from the Huichol (Wixáritari) of the state of Nayarit, halfway down the Pacific coast. 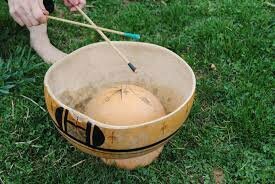 The symphony opens strongly, immediately capturing your attention with its non-European sound. Even in the 1930s, a strongly indigenous sound like this was unusual. After the introduction, the strongly rhythmical melody of the Huichol comes in, to be followed by a lovely Yaqui melody.

Once these themes are presented, a horn call sounds and the Adagio melody enters with another melody from Sonora (03:55). For the finale (07:15), the Seri theme enters. It’s a complex accented melody, again bringing out the idea of the difference in the melodic construction as compared with more traditional European compositions.

The orchestra is made up of the usual instruments, but it’s the percussion section that has special instruments, including a jicara de agua (a water gourd: half of a gourd inverted and partly submerged in a basin of water, struck with sticks), güiro, cascabeles (a Yaqui metal rattle), tenabari (a string of butterfly cocoons usually worn around the ankles), and a Yaqui drum known as tlapanhuéhuetl, a tuned drum called the teponaxtl, and grijutian (a string of deer hooves).

Of all those instruments, only the güiro is in the common percussion collection.
For orchestras without these specialized instruments, regular percussion instruments may be substituted, but Chávez asked that the real instruments be used when possible.

In the score, maracas can be substituted for the clay rattle, an ordinary metal rattle for the Yaqui metal rattle, a tenor drum for the water gourd, a soft rattle made of cardboard for the butterfly cocoons, a rattling string for the deer hoofs, and so on. Somehow, that misses the excitement of playing deer hoofs!

This short work shows us a new way for the modern symphony – via some of the oldest melodies in the country. It certainly doesn’t sound like anything from Europe.