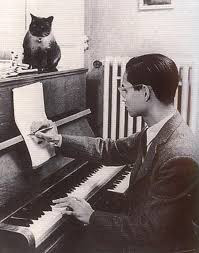 Around Asia, Bhumibol Adulyadej was simply known as King Bhumibol the Great, ninth and longest-reigning monarch in Thai history. At the time of his death on 13 October 2016 he had been on the throne for over 70 years, and seen a total of 30 prime ministers under his rule. Of course, longevity of rule also brings financial rewards, and with a net worth of roughly 30 billion dollars, he was at the head of the class in the category “world’s richest royals.” And that does not even include ownership of the “Golden Jubilee Diamond,” the largest faceted diamond in the world! Born in Cambridge, Massachusetts, in the United States, Bhumibol briefly came to Thailand before his mother took the family to Switzerland. For the next decade he studied in Lausanne, first at the École nouvelle de la Suisse romande, and later at the University. He was interested in French literature, Latin and Greek languages, and eventually the sciences. However, he was also a bit of a musician! Bhumibol took trumpet, clarinet, guitar and piano lessons, but his favorite instrument was the saxophone given to him by his older brother King Ananda Mahidol. 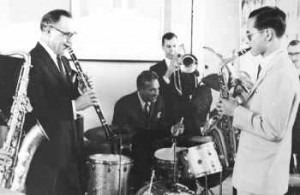 Over the years Bhumibol became an accomplished jazz saxophone player, and upon his permanent return to Thailand in 1950, started the jazz band “Wong Lay Kram” (The Vintage Band), which performed on a private radio station. As the popularity of the band grew, Bhumibol performed at local universities and paired up with Benny Goodman in Bangkok’s Throne Hall in 1956. He would also perform with the Preservation Hall Jazz Band, with Stan Getz, Lionel Hampton—who called him the “coolest king in all the land,”—and Benny Carter. And it is only fitting that Bhumibol should dabble in composition as well. Over a period of five decades, he wrote a total of 49 compositions. “Candlelight Blues” was created in April 1946, with “Love at Sundown,” and “Falling Rain” issued shortly thereafter. Even after his ascent to the throne, Bhumibol produced a steady stream of compositions that are still sung and played on television, in nightclubs and at local fairs in Thailand today. The University of Music and Performing Arts in Vienna made Bhumibol an honorary member in 1964, and the Yale School of Music awarded him the Sanford Medal for his contributions to music in 2000. Not to be outdone, the University of North Texas College of Music even granted Bhumibol an honorary doctorate in music in 2003!